The jury is still out as to whether or not electronic cigarettes are just as bad for your health as regular tobacco rolls, but at least one report warns e-cigarettes could be harmful to your computer’s health.

The cautionary tale comes from the social news website Reddit where a user named “JRockilla” recently wrote about his experience in tracking down the source of a malicious bug on a computer at his employer. The company’s IT team came up empty after reviewing Internet history and anti-virus logs, but hit upon a suspected cause after his boss admitted to using the computer’s USB port to charge his e-cigarette.

“That was the answer they were looking for,” JRockilla wrote. “The made-in-China e-cigarette had malware hard-coded into the charger, and when plugged into a computer’s USB port the malware phoned home and infected the system.”

It made for an interesting story — JRockilla’s account has been repeated by The Guardian, RIA Novosti and a handful of others — but gadget geeks are raising doubts about the authenticity of the tale, especially given the prominence and controversy over e-cigarette devices.

Technology enthusiasts agree that it’s possible an e-cigarette could be a receptacle for a virus, and that when plugged in to a computer, an e-cigarette could be used to transfer malicious code onto a machine. But here’s the catch: That’s true of almost any USB-powered device, including flash drives, cellphones, keyboards, mice and speakers.

Here’s why it’s unlikely: There are four wires attached to a typical USB connector — two for power, two for data. Something like a computer mouse would need all four wires to function properly — the data wires to transfer information to a computer every time you move the mouse or click, and the power wires to give the mouse juice.

E-cigarettes, on the other hand, only need access to the power wires to charge. They don’t need the data wires — and the more-popular brands of e-cigarettes don’t have them.

E-cigarettes are an easy target because of the overall controversy that surrounds smoking. Whether or not taking a hit from an e-cigarette is better or worse for you remains to be seen — studies are currently underway on exactly this topic, but the verdict right now is inconclusive. With no definitive results to draw from, mainstream media outlets are attempting to demonize the devices by suggesting hackers are using them to drop viruses on the machines of unsuspecting users.

As far as e-cigarettes go, there’s simply no proof that’s happening. It’s almost certainly not; at least there’s no more risk from e-cigarettes compared to any other USB-powered device.

But let’s entertain the idea that it becomes a problem in the future when some Chinese hacker gets the idea from Reddit to start spreading malware in e-cigarettes. What then?

The solution there is simple: Avoid charging your cigarettes through the computer. Buy a long micro-USB cable and an AC adaptor (both are relatively cheap online), and charge that sucker through the wall. Easy, virus-free fix.

Matthew Keys is a contributing journalist for TheBlot Magazine. Disclosure: He is not a smoker. 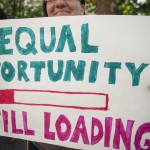 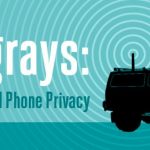