Before Shonda Rimes gave us “Scandal” and Olivia Pope and before Michael Dobbs created “House of Cards” and Francis Urquhart (Frank Underwood in the U.S. version of the series), Shakespeare gave us Richard III. Hunchbacked Richard clawed his way to the throne over the bodies of his dead relatives — so much for Shakespeare being a bore. However, unlike Olivia and Frank, Richard was a real human being. British archeologists recently found his body, and it turns out the Bard was wrong about the physical deformities of the last Plantagenet King of England.

Before we go any further, I must confess to being a Shakespeare addict. I have actually read all of his plays and have seen a majority of them performed (many more than once). As Frank McCourt wrote in “Angela’s Ashes,” “Shakespeare is like mashed potatoes, you can never get enough of him.” And of all his works, my favorite is “Richard III,” which puts me in a distinct minority. The fact is I prefer Shakespeare’s histories to his tragedies and his tragedies to his comedies. In truth, I don’t think the old boy is quite as funny as he thinks he is, nor is he quite as tragic as the ancient Greeks (marrying your mother and gouging your own eyes out is beyond even Old Bill).

In “Richard III,” Shakespeare creates one of the nastiest bad-guy protagonists in literature. While not as obsessed with the actual act of killing as Hannibal Lecter or Dexter Morgan, Richard is a sociopath dedicated to gaining the throne by any means necessary. And like Dexter and Frank Underwood, he addresses the audience directly, letting you know what the next act of evil is.

There is a long tradition in literature and in the theater of making the evil characters ugly (like the Wicked Witch of the West for instance). In the case of Richard, Shakespeare makes him a hunchback and gives him a withered arm and a limp.

In addition to that tradition, there is a good case to be made that Shakespeare was engaging in some ass-kissing propaganda. “Richard III” was written around 1591, about a century after the real King Richard died in battle at Bosworth Field. Elizabeth I was Queen in 1591, and her grandfather, Henry VII, was the guy who beat Richard.

However, Shakespeare didn’t invent the image of Richard as a monster. John Rous, writing during the reign of Henry VII, claimed he was born with teeth and shoulder-length hair after two years in the womb.

So, when a construction crew turned up Richard’s skeleton under a parking lot (hey, New Jersey isn’t the only place guys wind up under a parking lot), scientists had their chance to settle the matter. DNA testing proved the skeleton was his, and his spine, a model of which was made with a 3-D printer, shows a bad case of scoliosis, but no hunchback.

NPR explained, “The model shows that Richard had severe scoliosis, with his spine curving sharply to the right. This would have made his right shoulder higher than his left, and his torso shorter relative to his arms and legs. And there was a spiral twist to the spine, too. But the king would have been able to carry his head and neck straight, so the scoliosis wouldn’t have been obvious to most people, especially if ‘a good tailor and custom-made armour could have minimized the visual impact,’ the researchers write. Being King of England, he no doubt had access to the best.”

Plantagenet England is one of my favorite periods in history, and I take quite a bit of pleasure in seeing Richard’s reputation improved in whatever way it can be. Although king for just two years, he did accomplish a few things. His Council of the North greatly improved conditions for commoners in the North of England. He established the Court of Requests, which gave poor people access to the legal system. He lifted restrictions on the printing and sales of books (writers everywhere rejoice!), and he ordered the Laws and Statutes translated from French into English so everyone could understand them.

None of which changes the fact the “Richard III” is my favorite Shakespeare play because Richard is such a deliciously evil fellow. 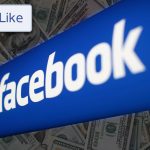 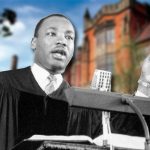