So sometimes we all get some strange mail.  But for Apple Stores, mail usually means a package filled with cool tech that costs more than your rent.  Yet for one staff person working at the Apple Store in New York City’s Grand Central, they found something that costs even more, in several ways.  So when the apple employee opened this box, they found a pound of meth.  As in crystal meth.  But that pound and errant box opened up a conspiracy and pretty major drug smuggling operation.

Read More: Here’s an Intro on Grilling for Easterners

So when the apple worker found the meth, they immediately reached out to the NYPD.  And boy, did they have an easy time sorting out this mail snafu.  But that’s because there was a “shipped by Dean Desain of Dean’s List” on the label.  And that person is actually one Richard Dean Desain, a 32-year-old living in Los Angeles.  Someone had tried to reroute the box to a nearby Duane Reade, but that didn’t work.  So when Desain appeared at the Apple Store trying to pick up his, um, package, the NYPD promptly arrested him.

So it’s no surprise to hear that New York City’s Specual Narcotics Prosecutor has indicted Desain with multiple counts of conspiracy, possession and the criminal sale of a controlled substance.  But there will be more, as Desain is part of a network, shipping drugs across the US to the East Coast.  So of course there’s more.  When Desain showed up and police arrested him, he had more than 100 grams of meth on his person!  But police were already investigating Desain for 9 months.  The misdelivered package is just juice for his cooked goose.  Authorities are still holding Desain on a $100,000 bond. 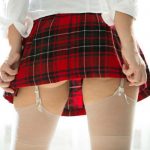 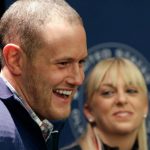