Stage Left Studio is so close to Broadway in proximity that it might as well be on the Great White Way. It’s squarely in midtown Manhattan only a few blocks from Eugene O’Neill and the Barrymore. I was recently there for a performance of “Antonio & Shylock: Monsters.” Dikran Tulaine, who directs and stars in the performance, explores the disgust and hatred towards the “other” in this work-in-progress based off of Shakespeare’s “The Merchant of Venice.” The play addresses the possibility that Antonio might have been gay, a storyline Shakespeare may have subtly masked underneath the anti-Semitism of his play. Antonio’s love of Bassanio has been described by scholars as so profound that he was willing to offer up a “pound of flesh” in order to sign a bond to Shylock.

The theater itself is roughly the size of two studio apartments with maybe 20 or so seats, plus a stage and tech booth. I wasn’t sure how comfortable the experience was going to be. There was no set design to speak of. The actors took their position with their scripts on stage. Taken aback by the presence of the little books in their hands, I thought I was simply invited to a table reading without the table. It soon became clear that this was not the first time they were performing these lines. Yes, it was a bit distracting to see one actress seem all enraged and then double-check her monologue to make sure she was displaying the proper emotions, but I tried to let it go seeing as the purpose was clearly not to blow me away with production value but rather with thespian skill.

A projector and two cameras were also set up. You can see everything on everyone in the entire room. I once had a actor frenemy tell me that she preferred the screen to the stage because she would be able to be more natural and subtle because the camera can pick up on everything. Whereas on stage, she claimed she would have to project and overact to get the drama across to the viewer. What I was watching could not have been more of the opposite — there was no fourth wall, and I was completely immersed in the production. Several actors were situated among the audience for virtually the entire one-hour performance, even making consistent eye contact, which was a refreshing change of pace from the usual stage setup. I felt like I was actually sitting in the courtroom of the trial that unfolds in the play.

The entire time, the two cameras filmed the actors in the audience and projected them onto a screen behind the other actors, who were only several feet away on the stage. I thought this was a nice touch, since the audience didn’t have to strain their necks to take in the full effect of what was going on in their surroundings.

As far as Shakespeare goes, I thought it was incredibly fresh and contemporary — without the use of guns and Leonardo DiCaprio — that really kept me engaged and even a bit unnerved the entire time.

The show also stars KC Weakley as Antonio, plus Liam Bobersky, TC Corwin, Cheryl King and Karen Sklaire as other dramatis personae. Karin Kearns and Cheryl King are the videographers, and King is also the creator and producing director of Stage Left Studio.

All performances are at Stage Left Studio, 214 West 30th Street, 6th floor, NYC. www.stageleftstudio.net. Tickets are $22 (includes $2 ticketing surcharge) and $25 at the door. Discount codes STUDENT and SENIOR get $5 off (ID required at box office). 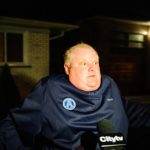 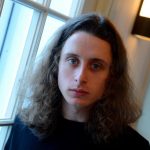