Last week, the California Department of Public Health announced seven new reported cases of measles in the Golden State, bringing the total number of cases to 130 since the disease began to spread last year.

At least three strains of the measles virus have been introduced in California, with the most-pervasive form said to have originated at the Disneyland theme park around the holiday season last year. Health officials believe the Disneyland strain — and possibly the two others — were introduced either by foreign tourists or by residents who had visited a foreign country. The Disneyland outbreak might possibly have originated in the Philippines, where measles sickened more than 50,000 people last year (110 of those cases were fatal).

But most of the infections in California and in at least six other states came from people who reported no foreign travel, indicating they were introduced to the disease by someone who was already infected stateside. Those infections have also brought to light something much more troubling: That there exists a significant population in California and elsewhere who are choosing not to get vaccinated against a completely preventable disease.

Such choice has its roots in the so-called “anti-vaccination” movement, a coalition of activists who believe that vaccines create more health conditions than they prevent, are , are a conspiracy by the government in order to track citizens or any number of other reasons they can come up with.

Which would be fine — people these days believe all sorts of things — if it weren’t for the fact that the overwhelming majority of people aren’t fighting vaccines with their own health. Instead, they’re fighting big pharma, big government and made-up health conditions with the safety of their children and those of others.

Decades ago, a choice not to vaccinate a child was largely based on philosophical principles (sometimes disguised as religious exceptions), usually passed down from person to person through old wives’ tales crafted more through creative license than science.

But around the mid-1990s, the Internet became an accessible commodity in most homes worldwide and with it popped up dozens of anti-vaccination websites and forums where people who bought into the whole idea that using scientifically proven medicinal practices to protect against dangerous diseases was nonsense. Personal, and often anonymous, stories published from letters written by people who claimed to have suffered — or seen suffering — because of vaccines coupled with a handful of controversial “studies” that asserted a correlation between illness and vaccines only encouraged those who saw medicine as the devil to believe they were right.

Those websites also helped influence other people to trade the conventional wisdom of modern medicine for a belief that vaccines were wholly unnecessary and, in some cases, caused more injury than it prevented. Some of these newly influenced people were artist and entertainers who, through their celebrity, influenced hundreds of thousands — if not millions — of moms and dads to expose themselves and their children to preventable diseases by rejecting vaccines.

To be fair, most of the popular anti-vaccination websites don’t actually advocate against vaccines. Instead, they say they’re advocating for choice — a parent’s choice whether or not to vaccinate their children. They claim to exist to offer the other side of medicine, the one you won’t get from your child’s school, doctor or the government. Reading through the material on these sites, it’s clear the point they’re making is that, while it might be your choice, there is a right choice to make and a wrong choice to make. To them, vaccination is clearly the wrong choice.

“Parents who surf the web for information on immunization will be offered more anti-immunization propaganda than medically-verifiable information,” wrote journalist Barbara Sibbald for the Canadian Journal of Medicine in 1999. “The information provided may be well-written and sound professional, but that does not mean it’s correct.”

Sibbald cited two of the larger anti-vaccination websites on the Internet at the time: ThinkTwice.com, which bills itself as the “Global Vaccine Institute,” and Health World Online, a website that promotes personal wellness and self-care. Both sites are still around today, and both sites still promote the same anti-vaccination stories and “facts” that were around 15 years ago.

But both sites also make a pretty big concession: In disclaimers, both ThinkTwice.com and Health World Online admit neither site is intended to be a portal for medical advice, merely a platform for “information” and “education.”

In small print at the bottom of every page, Health World Online expressly says the information contained on its website “is not intended as a substitute for professional medical advice, diagnosis or treatment.” The website encourages visitors to “seek professional medical advice” from a physician “or other qualified healthcare provider with any questions you may have regarding a medical condition.”

ThinkTwice.com goes even further: In its disclaimer, the website admits some of the information it publishes “may conflict with data presented elsewhere,” and suggests people “contact vaccine manufacturers, the FDA, CDC or World Health Organization” for “official information about vaccines.”

The CDC (Centers for Disease Control and Prevention) strongly encourages parents to get their child vaccinated against the measles and other preventable diseases. The FDA (Food and Drug Administration) says immunizations “have contributed to a significant reduction of vaccine-preventable diseases.” The World Health Organization calls vaccines “one of the most successful and cost-effective health interventions ever.”

All points that — regardless of their content — anti-vaccination websites like ThinkTwice.com and the Health World Organization concede in their disclaimers. The disclaimers that protect them from civil liabilities because they are not qualified to dispense medical advice. And they know it. 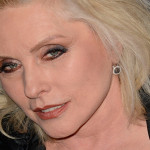 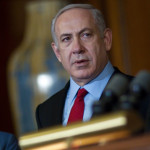