Being annoying is one thing, being illegal is another.

Raphael Golb created nearly 80 different aliases in order to argue online with people who disagreed with his father, a noted Dead Seas Scrolls scholar. He did so for a period of three years and would have managed to get away with it, too, IF IT WASN’T FOR THOSE MEDDLING KIDS. Originally on the hook for 30 counts, the younger Golb was convicted of the 20 lesser counts of identity theft and aggravated harassment, nearly all of which amounted to misdemeanors. He had originally faced a lengthy prison term for his wrong-doings. The prosecutor had originally asked for “four years in an Upstate prison for first degree blogging.” Which is a great new phrase.

Golb opened a ton of e-mail accounts using his victims names and used them to pen public apologies (in their name) to his father, who apparently is some sort of big deal in the Dead Sea Scrolls world. It’d be fair enough if this was some sort of Joaquin Phoenix-esque art project about the transience of identity, but it is instead just a 54-year-old guy with too much time on his hands and an odd relationship with his father.

Golb is lucky that the charges were merely seen by the court as “annoying” — sadly for the rest of us, this case could open up a lot of room for people to harass others online (or off, really). If the ruling stands, it may become commonplace for online harassment to continue to this degree.

According to Gothamist, Manhattan District Attorney Cyrus Vance said this in a statement to the press:

“The aggravated harassment statute is one of the most important tools we have to protect victims of, among other serious crimes, stalking and domestic violence. Last year, there were approximately 1,000 people charged in Manhattan with this crime; many of these cases are pending. We will now work with advocates, our partners in law enforcement and state lawmakers to address the potential implications of this ruling.”

And you thought you were having a bad day.

The New York Times managed to work “Dead Sea Scrolls” and “Sock Puppets” into the same paragraph, and this means that I can finally Quantum Leap into the next body:

Three courts heard rarefied arguments about the origins of the Dead Sea Scrolls, a collection of 2,000-year-old religious documents found in 1948 in what is now the West Bank. They also learned about Internet “sock puppets”: false identities created by people like Mr. Golb to wage anonymous wars online.

So, basically, you can be as annoying as you want online (Hey! Commenters!) and not get in trouble for it. It’s a wonderful new ruling that was ruled upon, most likely, by people who have no idea whatsoever about how the Internet actually works. And as for Raphael Golb, after his six months in jail and a short probation period, he’s free to do it all over again if he so pleases. Here’s to our tax dollars in action, folks! USA! USA! Where you can legally be annoying! 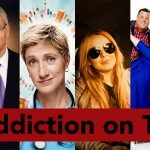 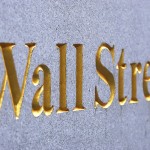