Everyone has heard of the Anheuser-Busch beer empire.  But most of us are not aware of the family aristocracy.  And they are an aristocracy unto themselves.  So the heir to this corporate empire is one Billy Busch.  He is 58 years old and seems to have a bit of an anger management problem.  Or is it blind entitlement?  In any event, police have charged Billy with assault.  Who did he assault?  A 6th grade student.  Where did he assault him?  At a basketball practice.  You read that right.  One of America’s richest corporate heirs assaulted a 6th grader at a basketball practice.  So it seems surreal, right?  But the details are actually quite upsetting.

AT LEAST TWO ADULTS PULLED BILLY BUSCH OFF OF CHILD

Billy Busch gave the boy a bloody nose.  He also dragged him using the front of his shirt.  Then he pinned the child against a wall.  At that point the boy’s father physically pulled Billy Busch off the child.  These are the details from the police report itself.  Busch appeared this week in Creve Coer municipal court.  This incident happened last November.  The assaulted boy got in a scuffle with Billy’s son while in a drill line during basketball practice.  It is the basketball team at Chaminade College Preparatory School in Creve Coeur.

Billy Busch is 6 feet tall and weighs about 195 pounds.  That’s enough of an adult to make it a truly scary experience for a child.  But Billy’s behavior was all around disturbing.  When he went over quickly to interrupt the boys’ scuffle, he said some lovely things to the child.  The 6th grader later told police what he said. “You fucker!  What do you fucking think you’re fucking doing to my fucking kid?”  That was when Billy grabbed the boy and pushed him backward.  The boy told police he slapped Billy Busch across the temple and tried to back away from the grown man assaulting him.  But Billy Busch continued to push him into a wall.

According to the police report, “Mr. Busch pushed [the boy] into a wall at the base of a stairwell resulting in [the boy] hitting the back of his head against the wall. At that time, [the boy’s] nose began to bleed.”  That was when another adult got the assaulted boy’s father’s attention.  The father and at least one of the basketball coaches got Billy off the boy.  They then kicked Billy Busch out of the gym.  That seems reasonable!  The assaulted boy’s didn’t immediately seek to press charges.  But the school contacted Creve Coer police.  The family then agreed to give police their statements.  But those statements detail what can only be described as assault.

ENTIRE DRAMA RECORDED ON VIDEO, WILL IT BRING JUSTICE?

While the assaulted 6th grader’s family believes the police and authorities will do their job effectively, they have doubts that corporate heir Billy Busch with all his money will ever truly be held accountable.  But it will be interesting to see what happens in coming weeks.  The whole event was recorded on surveillance cameras in the gym.  For now, you can see Billy on Busch beer commercials. 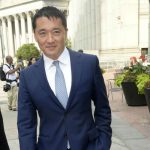