I met Andreja Pejic in 2011 when we were both doing our treadmill workout routine in a New York gym. At that time, she was already shaking up the world as Andrej Pejic, one of the most successful stories of model androgyny. From fashion editorials for Vogue Paris by former editor-in-chief Carine Roitfeld and doing the final walk as a bride on a Jean Paul Gaultier couture show to countless magazine covers (including this iconic cover of New York magazine) and major buzz surrounding the genius campaign of a push-up bras for HEMA, which featured Andrej. If a push-up bra can do that for a man, imagine what it could for a woman? Andrej was the fashion darling of the world.

Personally, I have always considered the 22-year-old Andreja to be an undefinable exquisite piece of art, very much the style of the Andy Warhol muses. On a bad hair day and with no makeup, that striking man could look better than any woman, and add to that beauty factor the fact that Andreja — then Andrej — was so grounded and pleasant to be around really impressed me, especially with all the attention surrounding the reasons of her success. It was a long road from McDonald’s, where she was discovered as Andrej, to the first-class seat seat on a trip from New York to Brazil where “the model” was going to attend Fashion Week. I took that photo during breakfast before we arrived in Rio, and once we got there, Andreja asked me to immediately take her to Copacabana Beach so that she could send a photo to her mother Jadranka Savić to show that she finally made it there. Andreja was visibly touched by being in Rio de Janeiro, a place that her mother always loved. It was an attachment to family during the good times or the hard times. Andreja was born in Bosnia and Herzegovina. Her family — mother, grandmother and older brother Igo — fled to a refugee camp in Serbia till they emigrated to Australia in 2000.

“I have never had a normal life when I was a child; had I being born a girl, things could have been different,” Andreja told me on a second trip to Brazil. Well, the news of Andreja’s sex reassignment surgery has taken center stage in the fashion scene. Things will be indeed different now, since Andreja obviously will no longer do any men’s collection. Needless to say that I feel extremely happy for Andreja for her personal self-affirmation journey, but also because she is a great role model for those who, like her, have to endure gender dysphoria. Andreja genuinely feels she has a responsibility about the matter, and her mature poise, knowledge of it and strong sense of her own self added to her stardom is a perfect combination to bring more light to the issue. The transgender flag is slowly landing on the mainstream. Transgender actress Laverne Cox landed the TIME magazine cover in June, and she was just nominated for an Emmy for her role as Sophia Burset on the Netflix series “Orange Is the New Black.” Cox is the first openly transgender person to be nominated for an Emmy.

The last time I saw Andreja Pejic was in April at the lounge bar Gilded Lily in the Chelsea neighborhood of New York for the launch of her line of minimal 3-D-printed jewelry in a collaboration with the brand Sam H. Snyder. Andreja looked radiant with a mysterious, joyful glow about her; back then, the news about her surgery had not yet being released. Part of the proceeds of that jewelry line went to the Ali Forney Center, a program dedicated to meeting the needs of homeless LGBTQ youth, which she is very much involved with.

The world now is waiting to see the next chapter in Andreja’s life unfold. I would like to see her on the cover of the American Vogue or as a Victoria’s Secret Angel, but for the moment, Andreja is taking her time while enjoying the new phase of her existence, as always with a good sense of humor. The caption on one of her recent Instagram photos simply says it all: “I have to say nothing feels better than being a born again virgin.”

Gazelle Paulo is a contributing journalist for TheBlot Magazine. He also writes a column for NewYorkSPY.com. You can follow him on Twitter. 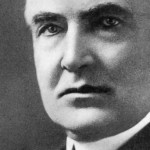 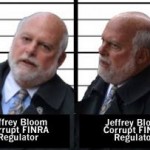