Boy, but is this story making some people hot!  And by hot, I mean angry.  Well, some people.  The Anaheim Fire Department posted a picture last week to show everyone what happens when you park, illegally, in front of a fire hydrant.  They posted this caption which said, “Ever wonder what happens when a car is parked in front of a fire hydrant and a fire breaks out? Is a closer parking spot worth the broken windows and the citation and towing fees?”  But some people are angry, saying this shames some parkers unnecessarily.  But the fire department says different.

PARKED CAR WINDOWS BUSTED TO RUN FIRE HOSE THRU CAR, FOR A REASON

So as you can see, the picture shows the car with busted out windows for the hose to go through the car.  Some people also responded on Twitter that they could have gone over the car.  But as a New York City resident, I can tell you I have seen this first hand.  This IS what happens if you park your car in front of a fire hydrant and firemen need water access to put out a fire.  It’s no joke.  But as it turns out, I already knew why they bust through car windows.  It’s simple physics.  But I didn’t know the second reason.  So the Anaheim Fire Department responded on Twitter to clear the air.

NOT TO SHAME IDIOT PARKERS, BUT TO INFORM WHAT HAPPENS IF YOU DO, SO DON’T

They responded, “We posted this incident to illustrate and educate, not to humiliate anyone,” the post said. “In answer as to why break the windows instead of going under, over, or around the car … it doesn’t work. The hose needs a straight line out of the hydrant. We do not damage property unless it is needed.”  But what was new to me was when they further explained that putting the hose on top of a car would do even more damage.  I guess it makes sense.  But think about it, parkers.  That’s a lot of water under serious pressure.  That would warp your roof!  So good luck hammering that out. But some tweets showed solidarity with the fire department.  One even joked, “The owner of that car is totally hosed. Rightfully.” 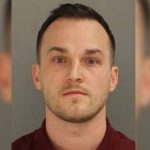 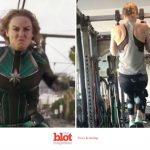