Best Actor Academy Award-nominee Edward James Olmos (“Stand and Deliver”) turns 68 next month. He is one cool cat living nine lives all at once. Born in East Los Angeles, the Mexican-American actor is also a writer, director, producer, activist, philanthropist, father, husband and grandfather. Does this man ever sleep?

In 1980, he founded Olmos Productions and has produced a number of feature films and documentaries. Olmos was asked to produce the crime drama “Water & Power,” which premiered in May at CineLatino Film Festival. He’s been happy to do it but, surprisingly, he said, “We don’t need a Hispanic Heritage Month, and we need to eliminate Latino film festivals.”

When I asked, “Why?” he replied, “Because there is only one race, and that’s the human race.”

Is he active on social media? “Yeah, but I don’t really converse that way. I just post about things happening like I do on Facebook about my concern for our waterways and beaches. Once in a while I’ll be reading something and respond, but people freak out if I befriend them,” he said with a laugh.

His Twitter bio reads, “Had I followed my first love, I’d have been a professional baseball player, but a friend told me someone with a flair for the dramatic, should consider acting.”

I’d like to thank that friend of his. Olmos has entertained me since I was a kid via TV shows like “Hill Street Blues” and “Miami Vice” and later, “Battlestar Galactica.” And I gobbled him up as the insane Professor Gellar on the 2011 season of “Dexter.” He’s great at doing creepy.

But this is a man who has also dedicated his life to a number of causes including UNICEF, Juvenile Diabetes Foundation and children’s hospitals in Miami and L.A. He is an activist and advocate for Latino culture, and it was an honor to sit down to talk with this icon.

Dorri Olds: I loved seeing you in “Go For Sisters.”

Edward James Olmos: That was probably one of the greatest movies I’ve ever made in my life. John Sayles did a fantastic job.

I met with him for an interview when it came out.

Yes! He was very proud of it. Where do you find the scripts for Olmos Productions?

Different places. Through friends. I do a lot of the writing, too. I produced a lot of my own pieces like “American Me” and “Walkout.” Also “Stand and Deliver” and “Selena,” “Mi Familia” and “Zoot Suit.”

What was it specifically about the writing in “Water & Power” that touched you?

The intellectual stimulus of words. The way they are put together. “Water & Power” was a play, so the language is different. It captures you. It’s the story of two brothers nicknamed “Water” and “Power” told like a poem, and it’s a tragic tale with comedy and drama. It has all of the ingredients that make people feel. This is a very powerful piece whether you saw it on the big screen or you see it digitally. It comes out Jan. 20 online. I’ve got to tell you, man, a lot of people are going to watch it. It’s not your normal filmmaking. It’s very Richard Montoya culture-wise. He’s part of a group called Culture Clash.

It was founded on Cinco de Mayo [May 5] in 1984. It’s a Mexican-American performance troupe. It’s great. You’ve got to go online and check it out!

What are some of your favorite movies?

“Nothing But a Man” with Ivan Dixon, which was produced by Robert M. Young in 1964. It was the first African-American film ever made where an African-American man and woman were just normal human beings. They weren’t slaves or being abused; they were just regular people. I also really appreciate David Eick’s work and Robert M. Young’s “Saving Grace” and “Caught.” Young is the father of independent films in America. He invented documentary filmmaking in the ’50s. He was one of the first men to ever go underwater with a camera. Also, David Lean who did “Doctor Zhivago,” “The Bridge on the River Kwai” and “Lawrence of Arabia.” These were all master storytellers.

Are you working on any new documentary projects?

Yes, if you go online at Latino Public Broadcasting, you’ll see the amount of work that I’m doing now. I created Latino Public Broadcasting back in 1998. We create public television programming that focuses on issues affecting Hispanics to give diverse perspectives in public television. “Exile Nation: The Plastic People” is a film that just became available. It’s about what happens to people that are deported from the United States and sent back to Mexico, and they’re left out on the border. Oh my god. It will shock you.

You do so much for others. Do you ever try to recruit other celebrities to use their fame for good?

No, I lead by example, but there are a lot of us working for the betterment of humanity, like Sean Penn, Angelina Jolie and all of the celebrities who give great support to UNICEF.

Is there anything I haven’t asked you that you want people to know about?

No! I think you’ve done the best job of anyone in a long time. [Laughs] 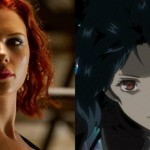 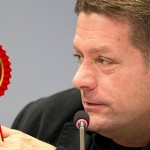