I have been seeing a lot of limbless people around. And no, I’m not from Egypt, which has the highest concentration of landmines in the world (23 million!). I mean I’ve been seeing amputees all over TV and my social media accounts — and they’re sexy.

But how did it rise out of the seedy underbelly of fetish culture and make its way to my Facebook wall?

Over the past few years, several campaigns have been pushing total body acceptance in the media. Dove’s whole shtick has been “real beauty” since 2004. The company ran an ad featuring normal-looking women, someone you’d more likely run into at the grocery store than the runway. None too fat. None too skinny. None breathtakingly beautiful.

The idea took off, and several other companies and individuals followed suit. Some of these campaigns have gone overboard. Some have expanded the definition of “curves” from an hour-glass figure to more … morbidly more. Gross exaggerations aside, our standards of what a beautiful body is are growing to include all sorts of bodies, even the not so able-bodied.

According to the Global Disability Inclusion, there are 56 million Americans with disabilities who represent $175 billion in spending power. They found that only 3 percent of Fortune 500 companies had included disabled people in marketing campaigns.

The Global Disability Inclusion works to employ disabled people in the workplace and recently teamed up with Models of Diversity in a campaign to include disabled models in advertising. Models of Diversity is a U.K.-based organization, and it has already had a billboard put up in London featuring an amputee model.

Are public perceptions toward the disabled and, more particularly, amputated body changing? We are moving toward a normalization — and even sexualization — of the amputated form, as can be seen in the work of photographer Michael Stokes.

Stokes is a fitness photographer and he raised more than $260,000 on Kickstarter for his two books, “Exhibition” and “Always Loyal,” the latter entirely made up of 14 war veterans who have lost their limbs.

The photos are unbelievably sexy. The men are all nude and despite the missing limb (or limbs), they are in peak physical condition. The missing limb and prosthetic doesn’t seem out of place on the body, but a feature that emphasizes their very masculinity and valor.

We have seen this same motif — the one of a missing limb not representing a “lack thereof” but inversely a gain, an element of intrigue and novelty — manifesting itself in popular culture. These amputees on the big screen or in music videos are not hindered by their disability, but instead use it to their advantage and oftentimes let it play into their sexuality. Personality traits are assigned to these characters that suggest strength, fearlessness and perhaps … a kinky side.

“Mad Max: Fury Road” came out earlier this year and has been hailed as an over-the-top feminist action film. Mainly thanks to Charlize Theron, who played an amputee hero named Imperator Furiosa (damn, that is quite the name). Theron is unquestionably a sexy woman, but in the movie, her amputated arm not only added to her badassery, but she transformed it into a tool of male domination. Even when she wasn’t wearing her elaborate metal prosthetic, she was kicking guy’s asses left and right.

When Cherry Darling’s (Rose McGowan) leg got ripped off by a bunch of zombies in Quentin Tarantino’s “Planet Terror,” she did not let it stop her. The go-go dancer attached an M4 carbine with a grenade launcher onto her stump and went on a killing spree … and looked damn good doing it.

The video starts diving deeper into the realm of fetishism when it shows men becoming so obsessed with Modesta that they have cut off their own legs. This is a symptom of apotemnophilia, the sexual arousal or fantasy of having or seeing one’s self as an amputee. This is a not-so-uncommon scenario within the world of amputee fetishism.

This realm of amputee fetishism and pornography is where we got our first glimpses of amputee sexualization. It came earlier than the days of Modesta and Stokes’ veterans making amputees sexy in the mainstream, and with the extremes of the fetish, it remains much more taboo.

The link between amputees and sexual desire was rarely known outside of academic circles studying paraphilia. Not until 1973 was it brought to the attention of the public in a Penthouse forum.

A woman wrote a letter to the publication explaining how her husband was sexually obsessed with her amputated limb:

“For the last four years I have been married to a man who is fascinated by the stump of a female amputee. As a result I usually [wear] short skirts when I go out, allowing the end to show …
Sexually I feel I can compete with any two-legged girl. Because my husband is so turned on by the sight of my stump, I usually begin our lovemaking by undressing slowly at the foot of the bed.
Once I have my clothes off, I lift my stump so that it points towards my husband and I begin to massage it. This excites my husband greatly, so he takes over and we go from there,” she wrote.

Acrotomophilia is the sexual interest in amputees. To dive deeper into the world of amputee fetishism, I joined the fetish forum Fetlife.com to become more familiar with the amputee fetish community.

There is definitely more men seeking out amputee women. Men are interested in the eroticization of the stump and look to use it as a sexual object in the bedroom, both for oral play and for penetration. There was also a bunch of female users who had written posts in search of men. Many of these women, who had recently lost their limbs to accidents, seemed fed up with looking for romance in the mainstream dating world. They did not appear to be fully comfortable with their new-found state and were attempting to find some admirers.

The most extreme aspect of my time on Fetlife was that I found an impressive amount of men (and some women) who demonstrated apotemnophilia and wanted to become amputees themselves.

Apotemnophilia is radical on its own, but the people on Fetlife who expressed desire in becoming an amputee did not just want to stop at one limb. They want to become a quadruple amputee, with their arms cut off at the shoulder and legs cut off at the hip, leaving only a torso. To render them even more helpless, some individuals wanted to have all their teeth removed, making them completely reliant on a partner, who they refer to as a “devotee.”

User Simplepleasurez wrote: “But my real passion — I would call it a need — is to be disabled, ideally completely limbless with even as much of my shoulders and hips as possible removed … and frankly, it’s only the beginning of how far I’d be willing to go (think “Johnny Got His Gun” and you’ll start to get an idea).” In Dalton Trumbo’s 1939 novel “Johnny Got His Gun,” a young American solider get all of his limbs blown off in World War I, along with his entire face, eyes, ears, teeth and tongue.

This type of sexual desire represents the ultimate in submission. It is also a far cry from the typical fetishization of the amputated limb in its hell-bent need for self-mutilation. It becomes a characteristic of something much more pathological and a symptom of a deranged mental state.

Fetish or Not, There’s Still Trauma for Many Amputees

Apotemnophilia is far too much of an extreme to ever become accepted in mainstream society. But just because the amputee body will not typically be desired for one’s self does not mean that the amputated body is undesirable. It is important to remember that despite the inclusion of amputees in pop culture and marketing campaigns, the amputated limb represents a trauma, especially for individuals who were born with all of their functioning appendages. It is a trauma that, for some, takes several years of therapy and personal acceptance to regain a sense of confidence.

A couple of weeks ago, my Facebook wall was flooded with articles about Lauren Wasser. She was the 24-year-old model who lost her leg and part of her foot to toxic shock syndrome (TSS), a bacterial infection that is commonly associated with tampon usage. She told Vice how she lost her self-worth and contemplated suicide. “It took me a while to figure out if I was still worthy, if I was still pretty,” she said.

Wasser pulled herself together since and began modeling once more. She has learned to accept her body in the state it is now, but has not forgotten the reason why it is that way. She is currently suing the Kotex tampon company for her near-death experience.

When Michael Stokes was photographing the wounded veterans, some people had told him that he was, “making them feel like men again.”

But Stokes did not see it that way and said, “The response I have to that is that these guys have come to me very healed and ready to take the world on. I’m not giving them back their confidence, they already have it.”

It is these individuals’ ability to adapt to and overcome the hurdles of having lost a limb which is truly impressive. They own their bodies and revoke the term “disabled,” and this strength perhaps is the sexiest thing of all. 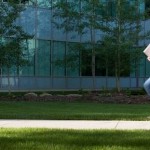 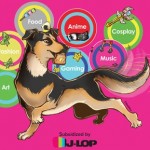