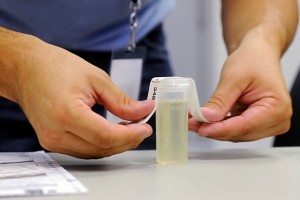 Michigan is on track to be the next state to adopt a law requiring some recipients of welfare and other public assistance to pass drug test and drug screening in order to continue receiving benefits. These misguided initiatives pass through state government with the incorrect assumption that they will save the state money which would have otherwise been spent on lazy, good-for-nothing drug addicts. There are so many things wrong with this attitude that it is hard to know where to begin.

The most easily-disproven part of this anti-poor attitude (since it is completely quantifiable) is that testing welfare recipients saves the state money. This has been proven time and time again to be untrue, actually costing more than the amount of the benefits they would have paid to those whose benefits are cut. In fact, the only beneficiaries of these laws, since it is not the taxpayers and most definitely not the welfare recipients and their completely inculpable children, are the companies that manufacture and administer drug tests.

The programs differ from state to state, but usually begin with an assessment used to determine if the recipients/applicants have a high probability of using drugs.  Some or all of those found to have a high probability of substance abuse are required to submit to a drug screen. If they fail, they must pay for the test and are required to enter a treatment program where they will be tested throughout. If they pass, the state picks up the tab or reimburses them. Those that refuse or stop treatment after a positive result and those who continue to test positive for illicit substances will have their benefits taken away. This includes welfare in most states with the policy and unemployment in Texas.

In Utah, the year-old drug testing for welfare applicants program has cost the state $26,391 to date. This amount consists of a screening process and subsequent tests-which run in the $50-$60 range. Of the 394 tests administered, nine tested positive for drugs…nine

This may be surprising to someone who is unfamiliar with Florida’s failed drug testing for welfare program. The Sunshine State’s short-lived foray into drug testing poor people in 2011 was a colossal failure in which the state tested 4,086 people with only 108 positive results (2.6%); netting a $45,780 loss after the “savings” from cutting off those testing positive.

Florida is a very special case because it was quite clear that at least one government official, Gov. Rick Scott who adamantly supported this bill and signed it into law, was also a beneficiary of this policy in addition to the drug testing companies; well not really “in addition” since he owns a drug testing company. Scott founded and holds  a $65 million share in urgent care facility operator Solantic (actually he transferred his shares to his wife after becoming governor due to a tiny conflict of interest when he began an attempt to privatize Medicaid in the state), a company that performs drug tests. He also pushed an initiative to test all government employees. As much as Gov. Scott must hate the idea of “handouts” and drug use, there is no possible way he didn’t take the potential profits he and his company, which operates over 30 facilities in Florida alone, could make from this.

Drug testing for welfare in Florida was brought to a halt soon after it began, not due to its ineffectiveness, but its unconstitutionality. Courts in Michigan ruled a nearly identical program unconstitutional back when it was introduced in 1999 (which makes Michigan’s second try to institute this policy that much more puzzling). Rick Scott and his blatant conflict of interest, to put it lightly, is the only known example of the institution of this program in a state for any reason other than pure contempt for people on welfare; because once again, it costs more money. A corrupt, personal monetary gain seems much easier to understand than implementing a costly program based solely on animosity towards the idea of handouts being used for drugs.

Maybe they have some sort of twisted optimism in which they “just know it will work out this time” and they can finally prove that taking money away from poor drug addicts is economically feasible. But it is quite clear that they would rather spend more money than consider this unavoidable leakage at the least, if not the morally right thing to do for both the recipients and society in general.

It doesn’t matter if these drug testing initiatives are passed because of shady deals a la Rick Scott or because those who implement them simply get red in the face when they think [quite wrongly] of poor people living comfortable, drug-filled lives suckling the government teat, the end result is the same. And no, it doesn’t appear to be some vast conspiracy of legislators and drug testing companies, but these legislators’ ignorance and vindictive nature towards those on welfare and those addicted to illicit substances still ends with more money for the drug testing companies; money paid for entirely from taxpayer dollars.

Impaled in Texas, State Allows Samurai Swords and Blades of Any Size to Kill People

Looking at this in terms of dollars and cents is useful only because it cannot be argued. But this way of thinking skirts the fact that this program is nothing short of hostile and harmful. With a wink and a nod, legislators pass these bills stating things like “this is to help welfare recipients beat their addictions” or “welfare is used to help people become self-sufficient.”  All the while their disturbingly popular actual motive of simply desiring to cut off people from welfare because they use drugs is universally understood.

The Michigan house also made it clear that they not only want to cut off drug addicts from welfare, but their children as well. Rep. Marcia Hovey-Wright proposed an amendment to the state’s drug testing for welfare bill (HB 4118) that would allow the children of recipients whose benefits are cut off due to positive drug screens to continue to collect benefits through a third party. This was shot down in the House, invalidating the argument that supporters want to help those on welfare get off drugs and supporting the argument that they just want to stop giving people welfare.

How much of a marijuana addict is CNNs Dr. Sanjay Gupta?

Drug testing for welfare means people with substance abuse problems in unfortunate financial situations and their families will find themselves in an even more unfortunate situation. It almost always takes addicts many times to quit and cutting off their benefits, which rarely exceed a few hundred dollars per month, will only make matters worse. Few Americans seem to realize that when things are better for others, they are better for them as well. But the Millionaires, politicians, and millionaire-politicians that support these agendas won’t be affected; they will still live quite comfortably. So Americans can sleep well knowing that their tax dollars won’t be going to poor drug addicts, but instead padding that bottom line of drug testing corporations just a little more. Because that is the American way, right?