A revolution is a change. What are some of the world’s most significant revolutions however are lesser-known? Fourth of July is a proud American heritage. We all love our nation called the “USA.” It’s easy to forget that America isn’t the only country that has had a falling out with its governing body in the past.

Here are a few more revolutions that usually don’t make it into everyday conversations.

Europe really has the best revolutions. The Glorious Revolution began in 1688 when the political and religious elite of Great Britain constructed a coup de tete against reining king King James II. There was growing concern that King James II was both pro-French (and that’s bad?) and pro-Catholic (I’ll leave that one alone) — and that he was aiming to have an absolute monarchy. The king was also despised by the religious leaders for trying to create religious freedom for both Catholics and Protestant nonconformists. Anything that encroached upon the fine religious sensibilities of the Church of England or traditional English liberties was seen as a threat to all that was good.

Once an heir to the throne was born and christened as Catholic, that was the proverbial straw that broke the camel’s back. King James’ Protestant son-in-law (and nephew) William of Orange (I really want to know how he got that name) was summoned from the Netherlands by the religious nobles to launch an invasion on the crown. King James II fled to France where he initiated one attempt to regain his crown; it was unsuccessful. He lived out the rest of his life in France at court as a pretender (one who claims entitlement to an unavailable position of honour or rank).

A bloody revolt that lasted four years and saw the death of more than 124,000 people, the Haitian revolution began when plantation slaves from Saint-Domingue rose up against their masters and incited a civil war within the colony on Aug. 14, 1791. The person who actually started the revolution was local high priest of voodoo Dutty Boukman, who apparently gave the signal to revolt during a religious ceremony (must have been one hell of a ceremony).

Within 10 days, the slaves had taken over the entire Northern Providence, unleashing wave after wave of violence, murder, mutilation and torture upon the white plantation owners as revenge for their enslavement. When news of the revolt hit the ears of the French Legislative Assembly (at the time, Haiti was under French control), they acted quickly by granting political and civil rights to free men of color in the colonies, not because the lack there of was wrong, but to simply protect French economic interests. By the time it was all said and done, the outcome of the Haitian Revolution was the abolishment of slavery and the establishment of civil and political rights to all black men in the colonies by the National Convention in 1794.

Deemed the bloodiest battle prior to World War II, the Taiping Rebellion saw somewhere between 20 and 50 million civilian and army lives lost in its 15-year run, though some historians claim those casualties to be on the low side. It began when a revolt was incited against the Qing Empire by the Hakka, a couple of mystics who had great people skills, were brilliant motivators and who were also potentially insane. The holy men, known as Hong Xiuquan and Yang Xiuqing, assembled a large group of people, both army personnel and civilians, to rise against the reining family and its forces by convincing the locals that Hong and Yang were sent from God to lead the people into a new era.

Hong Xiuquan, a non-orthodox Christian (that is putting it mildly) referred to himself as the new “messiah” and claimed to be a brother of Jesus Christ while Yang Xiuqing, a former firewood sales man, claimed that he was the mouthpiece of God sent to lead the people, a claim that allowed him to gain vast amounts of political power. However crazy they may sound, Hong, Yang and their followers were able to gain control over a large portion of southern China where they established the Heavenly Kingdom of Great Peace. The rebellion lasted between 1850 and 1865 but failed, presumably, due to leadership’s inability to integrate foreign (rights of the people and economic freedom) and Chinese ideals (not so much). 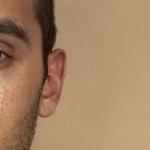