So this is pretty scary stuff.  We’ve all seen some kind of story about people going to various places in Africa and going on safari.  Sometimes, it’s all about taking simple tours of national parks, filled with wildlife like lions, elephants, rhinos, cheetahs, etc, etc.  But if there’s a downside to these stories, it’s usually that people have close calls with wildlife.  Or maybe there’s an injury or crazy weather that makes things hairy.  Those types of things can happen anywhere, even at really popular tourist destinations.  But what about kidnapping?  That’s what’s happened to an American tourist, the 35-year-old Kimberly Sue, and her guide, Jean Paul at Uganda’s Queen Elizabeth National Park.  So yes, pretty damn scary stuff.

AMBUSHED BY 4 GUNMEN WHO CALLED POLICE WITH RANSOM DEMAND

So what happened?  Sue was with her guide, Paul, and at least two other tourists.  Everything was fine.  But then 4 gunmen ambushed them.  For whatever reason, the gunmen left the other tourists.  But they kidnapped the American woman and tour guide.  So the gunmen then made use of one of their captive’s cell phones to call local authorities.  So why did they do that?  They called the local authorities to make their ransom demand of $500,000!  Police, oddly, felt the need to explain that they “strongly believe this ransom is the reason behind the kidnap.”  Really?  You think so?  The gunmen took the keys to the group’s vehicle but left the car behind.

QUEEN ELIZABETH IS UGANDA’S TOP TOURIST ATTRACTION, OR AT LEAST IT WAS

So where to things stand now?  Awkward, to be honest.  So sure, I’m making my judgement based on every kidnapping story I can remember.  But this stinks to high heaven.  So where things stand is that police blocked a nearby border.  They’re doing this to try to corner the kidnappers.  But that seems pretty silly to me.  So I can only imagine that a giant national park has all sorts of roads, trails and animal paths.  I doubt it’s easy to corner anyone familiar with the territory.  But they better resolve this soon, and safely.  Why?  The Queen Elizabeth National Park is Uganda’s largest tourist draw.

Well, at least it was.

UPDATE: Ugandan authorities rescued them! They had assistance from U.S. “intelligence, surveillance, and reconnaissance assets and liaison officers.” 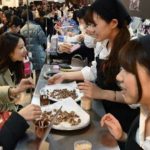 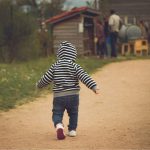