“American Horror Story” has made some inventive choices and had a part in changing television. But then again, so have a lot of the collaborations between Ryan Murphy and Brad Falchuk.

Between “Nip/Tuck,” “Glee,” and now “American Horror Story,” the duo definitely goes into new territory, but there are some times when they tend to go a little too crazy. A show which reboots each season with the same cast of amazing actors playing new characters? Genius! Keeping Lea Michele for every season of “Glee?” Not so much.

As the show is set to premiere its fourth season, “American Horror Story: Freak Show,” all I can think to say is this line from RuPaul: “Don’t fuck it up!” As genius as some of the show’s strange casting choices, non-traditional production decisions and all the bitchy one-liners are some things that just haven’t worked.

Here is some completely presumptuous advice fueled by hopes and dreams for this coming season — and a tad repressed resentment from the past two.

We aren’t talking about Amelia Earhart — the pilot episode of “AHS,” dubbed “Murder House” was brilliant. There were a couple of delicious mysteries that didn’t devolve into a “Lost” style clusterfuck. By the end of the season we knew the answers to these burning questions: Who was the S&M guy? What killed those creepy twins? Why is Dylan McDermott staring at fire naked … and can we see more of that?

Season two, “Asylum,” didn’t provide questions as much as it got precariously close to jumping the shark. Anne Frank, aliens and mysterious zombies? None of these storylines were really honored or given proper closure. Also, why did that thing kill Adam Levine before he got naked?

“Coven,” the third cycle, was even worse because it veered so far off course from the pilot. Zoe Benson (Taissa Farmiga) was our entry point into the witch school that has no connection to Hogwarts. Despite having a bizarre black-widow vagina power, Farmiga was relegated to a cursory character. Almost everyone from the pilot sort of just faded in and out of the background. We also never even knew what kind of powers Cordelia Foxx (Sarah Paulson) had until they just sort of manifested.

Here’s hoping whatever amazing freak-related drama is brought up in the first episode of season four comes to completion — because giving us thematic blue balls isn’t working.

2. Focus on the Original Cast

What makes “AHS” so clever is that it recasts actors in new roles. Lily Rabe proved herself to be one of the most compelling characters in both of seasons that followed her pretty small role as one of the ghosts in “Murder House.” “Coven” introduced so many fresh actors that original cast members we’d been dying to see disappeared. Jamie Brewer (Nan), who had potential to dominate the season, was a glorified extra and got less screen time than Patti LuPone, who was a secondary character to Brewer’s storyline. Additionally, the season focused so much on Kathy Bates and she wasn’t even a witch. It’s called “Coven,” right? Plus, Angela Bassett’s Ja-fakin’ accent wasn’t really cutting it.

Season one was simple. A whole bunch of people died in a house. The rules were clear: You die in the house, you’re there forever. In subsequent seasons. “AHS” went cuckoo bananas. Season two had aliens, Nazis, demon possessions, an alcoholic/rageaholic nun, a lesbian roving reporter and a serial killer. Did you catch all that? “Coven” focused so much on random characters that all the “magic” was more simplistic than “Charmed.” (Not that there’s anything wrong with “Charmed,” of course.)

4. Plug Up Them Plot Holes, Girl

I’m sure in the writer’s room there is an intern or junior writer in charge of keeping track of plot holes. HR may need to find an “Ugly Betty” because clearly this person is sleeping on the job. Various major storyline inconsistencies and false starts keep happening on “AHS.” For example, in “Coven,” why did some witches have unique powers and others just had one of the Seven Wonders? How could Misty Day respawn after being burned alive, but not after being trapped in purgatory? What the hell ripped off Levine’s arm in the premiere of “Asylum?” Was it McDermott’s character, Johnny, who ended up being Dr. Thredson’s son and the serial killer, X? If so, how did he get that strong? Rape magic? (P.S. Spoiler alert!)

It may seem nitpicky and geeky, but hell, this is the realm of the supernatural; there has to be rules if not the show’s just not grounded.

Both “Asylum” and “Murder House” featured nude scenes from actors with pretty elusive bums. McDermott had yet to drop trou, and Zachary Quinto hadn’t shown his Quinto either. It may seem superficial and silly, but, well, you know, sex sells.

In closing, let’s face it. Jessica Lange is magic. She could star in a reboot of “Ace Ventura: Pet Detective” with the original script and win an Oscar. But here’s hoping the series can show respect to its fan’s intelligence and passion for the show and characters.

And to once again quote the Jessica Lange of drag, RuPaul, “Don’t Fuck it Up!” 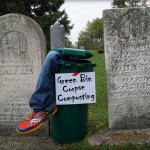 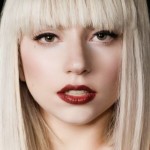