So if you are a geek, like I am, you already know who Alan Dean Foster is.  He’s literally one of the all-time greats when it comes to successful sci-fi writing.  No, don’t know him?  Well, how about Star Wars?  Because Foster was the one who did the ghost writing for the book adaptations for Episode IV.  You know, the original?  He also novelized the books for the Alien movie series as well.  So you know, pretty important copyright and brand franchises for the whole world.  But Foster has a problem.  He’s not getting paid.  Because Disney stopped paying his royalties?  What?

So that just doesn’t make any sense at all.  Royalties aren’t some nebulous concept.  You write a book.  The book sells.  You get paid a usually tiny amount in royalties for every sale.  It’s not like a contract.  It is a contract.  But Disney isn’t paying Alan Dean Foster royalties for a whole bunch of books.  So what’s going on?  Well, Foster wrote these books for George Lucas, or Lucasfilm, specifically.  But years ago, as you know, Disney bought Lucasfilm for a ton of money, hence the Disney Star Wars films that since came out that you may or may not like.  And what about the Alien books?  Well, Disney bought 20th Century Fox, too!  But a few years after buying Lucasfilm and 20th Century Fox, Disney simply stopped paying royalties on the contracts they bought!

So if that doesn’t sound right, it’s because it isn’t.  If one company buys another, including their active contracts, they then still have to honor those contracts.  Like, paying Alan Dean Foster his damn money.  And, to make matters worse, we’re only hearing about this because Foster is calling Disney out publicly in a big way.  But why is he having to do this?  Because Disney refused to even talk with him about it unless he signed an NDA.  Yes, a non-disclosure agreement.  And no, that makes no sense at all.  And Foster knew it’s total bullshit.  And, living in the US, Foster and his wife have medical bills to pay.  So pay him his damn money! And let’s note, if Disney gets away with this, it’s a short step to no one getting their royalties for their hard earned work ever again.

Oh, that picture is from Splinter in the Mind’s Eye. And yes, it’s a Luke Skywalker story and it’s good, classic Star Wars fare. 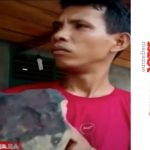 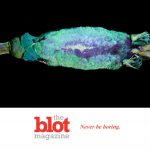