So there’s a lot of bad judgement manifesting out there these days.  Way more than the already too much we had before.  And the latest in the endless stream of such examples is from Mobile, Alabama.  Despite their name, the local sheriff doesn’t get around too much.  Otherwise, he would have known better than this.  So what is the deal?  Well, the deal is that it’s Christmas season.  In a generational pandemic year.  And an election year with multiple ideas of reality.  But Christmas, still, you know?  So decorating a Thugshot Christmas tree with mugshots as ornaments and a pair of prison slippers on the very top is, well, bad judgement.

So whose bright idea was this Thugshot Christmas tree?  None other than the apparently redneck Sheriff Cochran.  He’s the boss.  So the local Mobile, Alabama buck of responsibility stops with him.  But unfortunately, it never even seemed to start with him in the first place.  So sure, if you end up in jail, or even just in police custody with a mugshot, that’s not a good look.  But it doesn’t mean that public officials should shame you even more.  And a Thugshot Christmas tree is just so… wrong.  Even for the guilty this isn’t ok.  But for all we know, not everyone’s mugshot adorning the tree is even guilty.

Related: Russian Santa Has a Heart Attack, Passes Away in Front of Young Audience

But the Thugshot Sheriff’s Office considered it a celebration.  They posted a picture on social media with the caption, “We have decorated our Tree with THUGSHOTS to show how many Thugs we have taken off the streets of Mobile this year! We could not have done it without our faithful followers!”  Um, no.  That’s just not ok.  And a lot of folks agree with me.  A ton of people have replied and commented on how awful this was.  The local Mobile chapter president of the NAACP, Robert Clopton, noted that these days, “-the relationships between law enforcement and the general public has been compromised.”

But no one should have to explain that to law enforcement, should they?  The Sheriff’s Office removed the Thugshot post.  But not because it’s totally inappropriate.  But because they were “receiving death threats.”  Of course, they didn’t offer any evidence of these death threats. 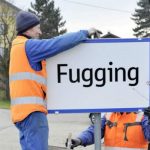 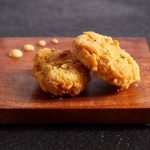