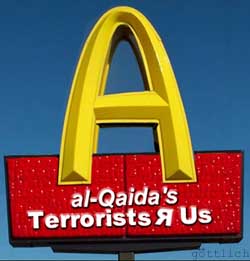 The blogosphere was all abuzz yesterday with news that American Intelligence officials had been listening in on a conference call among top al-Qaida brass. As the story goes, the United States acting on what they deemed to be a credible threat heard discussed during the call, decided to close US embassies in 22 countries throughout the world. The American public was placed on high alert, prompting many experts to call this the most imminent threat of a terrorist attack since the days immediately following September 11. (The shutdown has been extended through August 10.)

Even NPR picked up on the story of the villainous conference call and ran with it, which was originally broken by a post-Newsweek Daily Beast, which cited three unnamed intelligence sources.

Not long after the report went to print, several seasoned reporters began expressing doubt about the credibility of the leak, and soon Gawker published a complete roundup of Tweets from the naysayers, which included raised eyebrows about the timing of such a leak in the wake of the Edward Snowden scandal, pointing out that the NSA was badly in need of a win. Significant questions also arose about why Al-Qaida and its affiliate organizations would risk exposing themselves on a conference call in an era of such capable spy technology.

See The Blot’s Round Up on New FBI Hacking Capabilities

From Gawker: “Within hours of publication, however, a bevy of national security journalists began casting doubts on the leaked information contained within the Beast’s report. Two theories were quickly born. Adam Goldman of the Associated Press wondered if the leak was manufactured to protect human intelligence (that is, a leaker within al Qaeda), while Ken Delanian of the Los Angeles Times suggested that it was intended to glorify the NSA’s signals intelligence capabilities at a politically vulnerable moment. Barton Gellman of the Washington Post, meanwhile, failed to see how the entire story — the leak, the method of intercept, and the contents of the call — added up”

As The Daily Beast article said if credible, “The intercept provided the U.S. intelligence community with a rare glimpse into how al Qaeda’s [new] leader, Ayman al-Zawahiri, manages a global organization that includes affiliates in Africa, the Middle East, and southwest and southeast Asia.”

The new face of al-Qaida as corporate big brother is easily digestible, especially given a leaked memo from earlier this summer that an al-Qaida official had received a scathing performance review and that underlings of the world’s seediest terrorist organization have had to keep meticulous expense reports for years. There is just something so quaint about terrorists performing menial office tasks, like dialing in on a conference call. Something bizarrely akin to Us Weekly’s “Stars Are Just Like Us” section.

Whatever prompted the closings of the embassies throughout the world, the seriousness of these allegations should not be questioned simply because of the nature by which they originated. In The Daily Beast article, an American intelligence official is quoted as saying,”This was like a meeting of the Legion of Doom.”

While sounding cartoonish in metaphor, the results of such a call could have far-reaching implications for the world, if ignored. 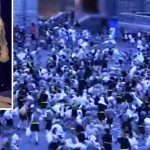 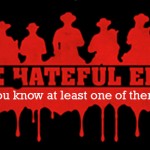