GREEK GOVERNMENT AIMS FOR THE FUTURE, AEGEAN ISLAND TO BE TOTALLY ELECTRIC IN TWO YEARS

So here is an interesting Petri dish in the era of electronic cars.  But while it’s an island and that makes it easier, it’s still pretty interesting news.  The Greek government has made a commitment to go totally electric on one of their islands in the Aegean sea.  And, to be honest, I’ve never heard of this island before.  The island is Astypalea, which is in the southeastern part of the Aegean.  And soon, the island will have only electric cars, trucks, buses and even motorcycles using power exclusively from wind and solar sources.  And by soon, it’s pretty amazingly soon.  We’re talking about in just the next two years. And Volkswagen is the supplying partner.

AEGEAN ISLAND WILL SERVE AS A BLUEPRINT FOR ALL OF GREECE, MAYBE THE WORLD

So the Greek government considers this initiative to be a blueprint for a cleaner, more environmentally friendly future for them to apply much more broadly.  The Aegean island Astypalea is home to about 1,300 residents.  So while that’s not a huge population, the impact of this initiative will serve as an example for governments all over the world.  Just two months ago, Volkwagen agreed to be a partner to make this happen.  And making this a reality in just two years would have been impossible idea, even recently.  But going totally electric is now reality on the near horizon.

ALL AEGEAN ISLAND’S MOTORCYCLES, TRUCKS, BUSES, CARS, WILL BE TOTALLY ELECTRIC, ALL VOLKSWAGEN

Local residents on the Aegean island needed little convincing.  But they agreed, apparently, instantly.  Most of them use their own vehicles to get around.  But there is some public transportation.  A single, 10k bus line running two buses.  Those will obviously be running electric shuttle buses shortly.  But there will also be 3 car-sharing stations with 50 vehicles; and 4 sharing stations with 67 bicycles and 100 motorcycles.  Everything will be electric.  Residents aren’t required to go electric with their private vehicles.  But the Greek government will offer large subsidies to help, and VW is waiting to offer a host of options.

The totally electric future has begun to arrive.  Finally. Starting in the Aegean Sea! 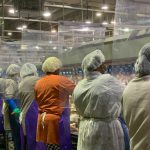 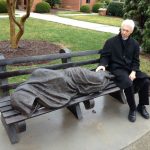