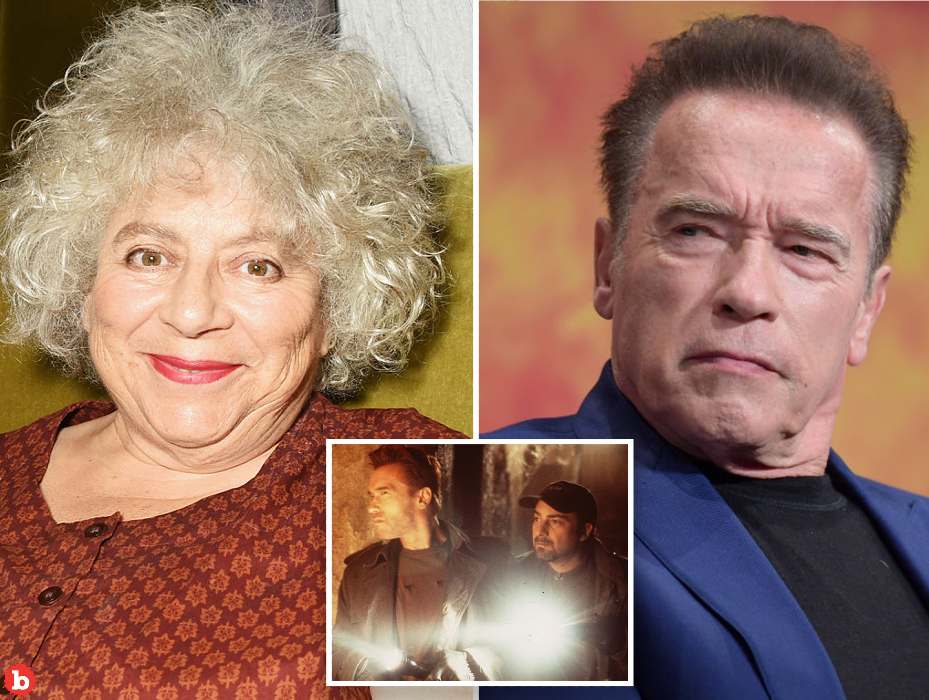 I’m not sure what constitutes one of the signs of the end times, but I’m sure it involves bad biblical air.  And speaking of air, we’ve got some still bitter goods about the 1999 movie, End of Days, starring Arnold Schwarzenegger.  I remember this movie, and wondered at his choice in doing it.  But hey, it was 1999, and we thought Y2K was maybe the start of the apocalypse.  The movie was ok, I suppose.  But one of Ahnold’s co-stars still has an axe to grind.  And the actress isn’t shying away as she airs her grievance of the Governator, who she says farted in her face.  On purpose.

Read More: Vienna Police Arrest Man For Farting At Them, “With Intent”

WHY WOULD ARNOLD FART ON HER IN PARTICULAR?  MAYBE THE QUESTION ANSWERS ITSELF

Quite frankly, this simply makes me want to watch the (actually bad) movie again, just because.  The co-starring actress was and remains Miriam Margolyes.  She says that Arnold Schwarzenegger is just a wee bit too full of himself.  But maybe she really means that he’s one of those guys that is full of hot air.  That might explain why he farted in her face on set.  Miriam says he totally did it on purpose.  But even in 1999, I can only imagine the former bodybuilder was on quite the high protein diet.  And if you didn’t know, that tends to make one open up the chimney when you do downward-facing dog.

Cops Catch Hiding Suspect After He Farts Too Loud

BESIDES CLAIMING SCHWARZENEGGER FARTED IN HER FACE, SHE ALSO SAYS DICAPRIO SMELLED BAD?

So no, they weren’t doing yoga on set.  And, no (dammit!), the fart isn’t on tape.  It was between takes.  But Miriam still holds a grudge for the airy sludge she says dear Arnold laid on her face.  I’m not sure who to believe here.  But I gotta take note of the face that it is 23 years after this movie came out.  So maybe 24 years since the alleged intentional fart in her face landed from Schwarzenegger’s terminating bunghole?  And we’re only hearing about his now?  And, oh! I just remembered that Miriam also just said that Leonardo DiCaprio smells.  Wait, what?

Maybe Schwarzenegger really did fart in her face on purpose.  And I can’t imagine why….. 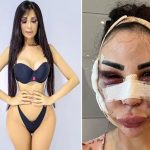 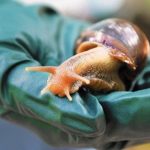