I haven’t watched 60 Minutes in recent months, but they just covered a story that’s a real doozy.  It was about a drug called Acthar.  Acthar has been available since 1952.  So it’s been out of patent for decades.  But what’s the story?  Well, it’s this.  Back in 2001 Acthar cost about $40.  Guess how much it costs today?  The answer is $40,000.  No, you read that right.  A drug used to treat the rare condition of infantile spasms jumped in price by 100,000%.  It makes the EpiPen outrage seem tame in comparison.  But an identical drug costs just $33 in Canada today.

ACTHAR THE DRUG HAS BEEN AROUND SINCE 1952, BUT THIS PRICE IS ALL NEW

Why did this happen?  Greed.  Whose greed?  The company Mallinckrodt Pharmaceuticals.  It makes Acthar in the United States.  But it also bought the rights to an identical drug for the US market, Synacthen.  How much does Synacthen cost in Canada?  About $33.  But Mallinckrodt Pharmaceuticals won’t allow it to be sold in the US.  So they get to set the price on the the only option, Acthar.  But that price is $40,000!!!!  It’s a scenario that perfectly illustrates why healthcare in the United States is so expensive.  It’s also why so many of us here are so screwed.

Earwax, the new street drug knocks Swedish women off their heels and…

But there’s more!  Of course, there’s more.  Greed is good, right?  Isn’t that what Michael Douglas said in that movie, Wall Street?  Mallinckrodt Pharmaceuticals wants you to think their bankrupting drug should be used to treat arthritis too.  So forget Advil, Allege, cherry juice, or even BioFreeze.  You can spend $40,000 here and now to treat your arthritis.  How could that be better?  Oh, well, maybe that Acthar doesn’t do anything at all to help with arthritis.  So maybe go and buy a boat instead.  Like the old saying went, a boat is like a hole in the water you throw money into.  Welcome to US healthcare.  We gouge like no other.  And didn’t Trump talk about lowering drug prices?  Hmmm. 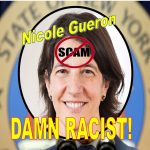