The American Civil Liberties Union has called on the Federal Communications Commission to launch an investigation into the manufacturer of controversial cellphone surveillance tools after e-mails purport to show officials at the company making misleading statements about how the technology would be used by local law enforcement agencies.

Last week, the ACLU published several e-mails between the Harris Corporation and FCC regulators as the company sought to gain approval to sell its surveillance equipment, manufactured under the names “StingRay” and “KingFish,” to local law enforcements.

When operated, a “StingRay” forces cellphones within a given radius of its antenna to connect to it instead of a legitimate mobile phone tower. Officers are then able to gather an assortment of metadata from targeted cellphones, including phone numbers called and texted, handset information and geolocation data.

A “KingFish” is believed to operate in a similar fashion to a StingRay, except that it can be carried around by law enforcement while a StingRay is hard-mounted into a vehicle or building.

Private companies are normally not allowed to manufacture or sell interception devices; however, Harris sought an exception on the basis that the devices would only be used in emergency situations by accredited law enforcement agencies.

“Just want to make you aware of the question below we received regarding the application for the (StingRay),” one Harris employee wrote to a FCC official in a June 2010 e-mail. “As you may recall, the purpose is only to provide state/local law enforcement officials with authority to utilize this equipment in emergency situations.”

The ACLU says that statement is misleading: Dozens of examples have bubbled up in the past several years showing law enforcement agencies have misappropriated cellphone surveillance devices sold by Harris in routine criminal investigations.

“By 2010, when this email was written, it should have been patently obvious to the Harris representative that the use of StingRay technology for emergency situations was quickly becoming the exception, not the rule,” the ACLU wrote.

In its letter, the ACLU cited a story by TheBlot Magazine in which the Gwinnett County Police Department admitted it was cleared to use surveillance technology obtained by Harris in any type of criminal investigation. Other law enforcement agencies have made similar admissions over the past few months when pressed by local media outlets and the ACLU about their use of StingRay devices.

“A private corporation obviously shouldn’t be allowed to mislead federal regulators when applying for a license to sell invasive surveillance gear,” the ACLU says. “Harris’ misstatement is particularly galling because asserting that StingRays are only used in emergency situations profoundly understates the amount of surveillance that state and local police will carry out, and therefore the magnitude of Fourth Amendment violations that may result.”

In recent months, law enforcement agencies have admitted deploying Harris spy technology in routine criminal investigations without first obtaining a court order or warrant. According to KXTV, a review of hundreds of criminal cases found Sacramento County police and prosecutors made no mention of ever using a StingRay device, even though the Sacramento County Sheriff’s Department later admitted it possessed and used the technology.

In Florida, a guilty verdict in a criminal matter was recently set aside on appeal after prosecutors in the case admitted they concealed the police department’s use of a StingRay. Lawyers said a non-disclosure agreement signed between local law enforcement and Harris precluded them from disclosing the StingRay’s use at trial. It was later revealed that in that case, and at least 300 more, that particular law enforcement agency had failed to obtain a court order before using the interception device. 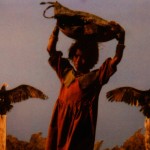 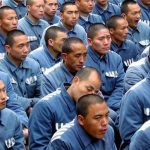