If Joe Biden decides to run for president, everyone’s favorite nutty uncle in government could shake up the Democratic race.

Though it’s unlikely he will launch a presidential campaign at this late date, rumors are swirling that the vice president will make a third bid for the White House. His previous unsuccessful runs came 20 years apart, in 1988 and 2008. Biden served as a senator from Delaware from 1973 until he became President Barack Obama’s second-in-command in 2009.

And while he may not be a viable challenger to frontrunner Hillary Clinton, if Biden does enter the race, he will be able to strike at her Achilles heel and certainly make her sweat a little in those pantsuits. That’s because 48 percent of voters polled do not have a favorable view of Clinton. She also does badly in polls when voters are asked if they feel she is honest and trustworthy. Should Biden enter the fray, he would likely be able to dirty her further on that front.

Biden entering the race could actually hurt Clinton in two ways. She is already fighting the ideological battle with former Maryland Gov. Martin O’Malley and Vermont Sen. Bernie Sanders. And with his batty-yet-honest image, Biden could further erode the former secretary of state’s support among undecided voters.

Because while Clinton is seen as somewhat out-of-touch and untrustworthy, Biden, on the other hand — though he is prone to infamous gaffes — is not. If anything, the vice president is viewed as a straight-shooter who tells it like it is. With Donald Trump leading in national Republican polls by using a shoot-from-the-hip style, that approach could work for Biden as well.

However, with the Iowa caucuses only six months away and Biden beginning a campaign from the ground floor, he faces major deficits. Not just the difficult task of putting a dent in Clinton’s poll numbers — where she leads both Democratic challengers by wide margins — Biden has also not hired any staff or started to fill campaign coffers for an executive-office run.

Other issues that would have to be ironed out by his campaign and countered by any Biden platform would include his age and clear connection to the Obama years. Another stumbling block could be that while he seems like a decent-enough guy, voters have twice decided to not support him when it came time to cast their votes.

Biden is 72-years-old now and would be 74 when his term begins in January 2017. Though it’s unlikely to be a deal breaker with voters, his advanced age is an issue that would surface in a campaign. Ronald Reagan, the oldest president in U.S. history, was a month shy of his 69th birthday when he took office in 1981. Hillary Clinton will turn 69 just before the 2016 election.

Concerns about his age aside, Biden’s positives are numerous as well.

He would likely be able to claim a similar section of voters who twice cast ballots for Obama. Latinos, African-Americans and young college graduates could support him. He also could garner support from older, white male liberals who may have been on the fence about voting for Clinton.

But in order to compete for the party nomination, any possible Biden campaign would need to begin building the infrastructure for a presidential run right away. Ultimately, though, with all the groundwork not even begun, it’s unlikely Biden could become a viable challenger to Clinton. Biden is a serious politician, and if he entered the race would surely be in it to win it. But similarly to Elizabeth Warren — who progressives wanted to draft to oppose Clinton and who declined because she felt it wasn’t her turn — Biden has always been a one-party kind of guy. Even though he has a slim chance of challenging Clinton, Biden will probably forgo a run and do what is best for the party.

Becoming a nuisance or thorn in Clinton’s side is not enough reason for Biden to enter the fray. Stay home and enjoy being a granddad, Joe, you’ve certainly earned it. 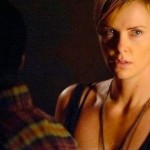 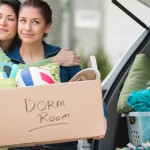