Being raised in a secular, leftist and culturally Jewish but-not-very-observant household, myself and many of my friends were always a bit envious of some Christian traditions, and this Easter Sunday will be no different.

Though I am older and a grownup now, the holiday consisting  of eating chocolate-covered bunnies and jellybeans to celebrate Jesus being resurrected from the dead never made a lot of sense to me, but I’m still a bit envious.

I realize there are historical traditions that have developed over the millennia, but for real, what will many Americans do to celebrate? Most likely get together with family, eat a big meal, gossip about each other, their kids and significant others and paint some hard-boiled eggs bright pastel colors.

And what is up with the Easter Bunny? Through my exhaustive research on the topic and consultation with priests and theologians, I’ve found that it is a tradition emanating from German Lutherans where the bunny would act as a judge — similar to the myth of Santa Claus — and determine if children had been good or bad and whether they deserved treats for their behavior at the start of the season of Eastertide (whatever that is).

OK, wait, so kids of Christian parentage get judged on being naughty or nice twice a year? That seems like a lot of pressure to put on a young person.

But realistically, we all know that no parent ever actually puts coal in their kid’s stocking or stiff them of gifts, even if they were a terror all year. Because in today’s modern era of sensitive parenting, everyone gets a trophy and therefore I seriously doubt any parent actually follows through with punishing their kids for being bad with zero candy on Easter or no presents at Christmas.

Compared to the Jewish spring holiday of Passover — which many scholars believe is the precursor to Easter — eating chocolate and a big, sweet ham sounds like a mighty big improvement. Not that I haven’t always enjoyed the tradition of sitting with the whole family as the story of the My People’s journey out of bondage in Egypt is retold while we relive the sweet and sad moments in our history. But there isn’t any chocolate, and you have to be quiet while your granddad reads about Moses, bondage, slavery and the Jews wandering in the desert for a generation or so.

And it’s not just Easter, Jewish kids like me were envious of Christmas, too.

Yes, we always had Hanukkah, and that’s eight whole days of gifts a yenta (Yiddish term for a gossip) grandmother or pushy aunt would remind us. But as every Jewish kid knows, when the gifts are spaced out and not only given on one very special day like Christmas and you seriously get socks as a present, some of the luster fades pretty quickly.

But again, though I have always been envious of the kids who celebrate these Christian holidays, the traditions of getting together with family in both faiths are actually quite similar.

Let’s all remember, however trite it is to remind, that Jesus was a Jew and his first followers observed traditions of the ancient Israelites. Therefore, it’s no surprise there is much overlap.

But when you sit down with your goyim family (what Jews call everyone who’s not Jewish), remember we are all really celebrating the same things: togetherness and family. And isn’t that what all holidays are really all about?

So enjoy your sweet, sweet, non-kosher sliced ham, gentiles. It’s all good. Though the Jewish kids might be envious of all the candy, Easter baskets and egg hunts, we will be enjoying our brisket or pot roast and the tradition of Passover as well.

Happy Easter and Passover everyone! 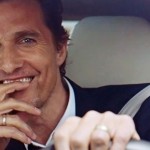 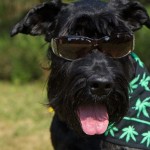