Wedding bells will be ringing as Iggy Azalea and Nick Young are now officially engaged after being together since November 2013. Young, who plays for the Los Angeles Lakers, popped the question at his 30th birthday party on Monday. He spent a pretty penny on the ring, and as New York Daily News reported, it’s 10.43 carats and has an estimated value of $500,000.

So before the controversial Australian rapper gets hitched and because you’re so fancy, here are seven things you should know about Iggy Azalea:

To escape Australia, where she was raised in Mullumbimby (population: 3,000), and live in the United States, Azalea moved to Miami at just the age of 16. When she got here, she had no family or friends, and she only knew one person named Derek. Azalea and Derek became friends while she was searching for rap music online. Since he was American, she would send him rap songs and ask him for his opinion.

2. She has a contract with top modeling agency Wilhelmina Models

Along with rapping, Azalea is also involved with the fashion industry. In 2012, she signed with Wilhelmina, the agency that formerly represented Estelle, Fergie and Natasha Bedingfield. In a statement, Azalea said, “I’m very excited to be a part of Wilhelmina. I’ve always had an interest in fashion, so it’s an honor to be able to expand my brand further with the very best in the industry.”

3. In her rap career, being a white female has it’s pros and cons

It’s no question that Azalea has a unique style that gained national recognition. However, she has also been met with some criticism. Some critics debated how a white female rapper from Australia could possibly be authentic. Other have referred to her as being fake by pointing out certain interviews where she had a distinct Australian accent that differed from the Southern twang she raps in.

4. Supermarket cashier was her worst job

Despite Azalea also earning money by cleaning holiday houses and hotel rooms, she said that working as a supermarket cashier was the worst job she ever had. “When you’re a cashier, that’s hours and hours on end,” she told BoomsBeat. “You’re not allowed to sit down, and they made me wear leather work shoes, which were really uncomfortable and had no fucking support. I was making, like, $7 an hour and in Australia, everything was expensive. A sandwich was $7, so you’re like, shit!”

She landed in the No. 1 and No. 2 spots on the Billboard Hot 100 simultaneously. The Beatles were the only artists to rank at Nos. 1 and 2 simultaneously, which they accomplished back in 1964. Azalea’s hits that landed the honors were “Fancy” and “Problem,” her song with Ariana Grande.

Azalea’s 2014 debut album “The New Classic” gives reverence to the 1980s and 1990s while living in today’s modern times. In an interview with Billboard, she said, “I want younger generations to look back on what we’re doing now and say, ‘I wish I was a teenager in 2014.’ I come from an era of kids who are always being told that what we make is not classic.”

7. Twitter beef with Azealia Banks put her career in danger

Banks was not too happy about a line in Azalea’s song “D.R.U.G.s” with the lyrics, “When the relay starts, I’m a runaway slave/Master.” Banks believed that the song was racially biased and publicly went back and forth with Azalea through press and social media. “The media [said], ‘Either you like Banks or Iggy,’ so the labels were like, ‘There can only be one rapper with a vagina,'” she said in Billboard. 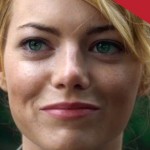 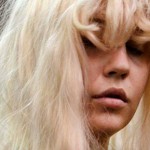