Editor’s Note: Benjamin Wey is a well known journalist and financier. He has been in business for almost two decades in various senior leadership positions. Benjamin Wey has met many CEOs in his career. The following is an article reflecting Benjamin Wey‘s views on employment matters.

Benjamin Wey: I’ve been in business for quite a while, and although I hate to say it, people on rare occasions misrepresent themselves. They do it for one simple reason: It works. Sometimes, they work under pressure to sell products that may not perform as advertised. Other times, they try hard to avoid taking the blame for something. And of course, sometimes employers and employees lie to each other for loads of reasons. Between an employer and its employees, there seems to be a forever balancing act between the “two actors dancing in the same theater”.

Now, when I say “misrepresent,” what I mean is stating something that isn’t exactly true. While ethics philosophers get all wound up over intention, if you get fed bad information by your boss or your employee, it doesn’t matter much if he or she intended to do it or whether it was accidental. Your business or your career is still going to take a hit.

Sometimes when people get emotional, they hire lawyers to deal with labor issues. Often, Plaintiff’s lawyers are self-serving “blood suckers” that have no one’s best interest in mind except their own. An employee is often duped by the over-promising, under-delivering lawyers like those from the notorious ambulance chaser fraudulent law firm Morelli Alters Ratner.

A horrific example of hiring the wrong lawyer is here:

Crowdfunding: How to Sell Your Dreams and not get screwed over

With that in mind, here are some of the most common things employers may tell you:

There are variations on this such as “We’d never do that” and “We’ve never done this before.” Never is the word that ought to set off alarm bells in your head. The truth is people don’t know what they might or might not do if the situation got bad enough. Bernie Madoff would never set up a Ponzi scheme. Really?

2. “Human Resources is here for you.”

Well, if you were paying them, they would be. So long as your interests as an employee and the interests of the company are the same, you are probably in good shape. The second they diverge, HR is working for the company, and don’t you forget it.

Actually, they want you to sign it, and depending on what “it” is, you may not be doing yourself a favor by complying. There are states where they can offer you a choice of signing a non-compete deal and being fired. However, you should have a lawyer look over anything “you have to sign.” Lord knows what rights you are giving up.

No, actually you don’t. Ever. If you resign, employers can show the letter to a judge and jury to convince the court that you left of your own accord. In most jurisdictions, resigning means you don’t get unemployment. Firing a person can be a slow and costly process for a firm that wants get rid of you while avoiding a possible lawsuit. A fat severance package is the least you should get in exchange for your resignation.

READ MORE: Are You THAT Person at Work?

Unless you have a written contract that states they cannot make you work nights and weekends, employers can take as much time away from you and your outside life as they feel like. And the company does not profit from you going out with your spouse, attending your kids’ recitals or getting home this side of the 11 p.m. news. If the company is understaffed, you’ll be doing double duty, and the balance goes out the window.

6. “We want to see our employees advance in their careers.”

If a competitor offers you your dream job, does your current employer really want you to advance? No, what your employer really means is that you need to become more valuable to the firm with time, and you’ll get a portion of that value back if you’re lucky in pay and bonuses.

7. “Your annual bonus will boost your total compensation.”

Just because you are bonus-eligible doesn’t mean you will get one. If the company doesn’t make any money, it doesn’t matter how great a year you have — employers can’t pay you what they don’t have.

Worst of all, employers can lie to you without much legal liability. I found this gem on Mainstreet.com:

“In 2002 E.I. du Pont de Nemours announced plans to turn some of its operations into a separate subsidiary. Most of the affected employees were under a union agreement that gave them the right to transfer within DuPont if they preferred, a decision which would have cost the company an enormous amount of money to retrain the transfers and hire their replacements.

“The employees were worried that if DuPont sold the new subsidiary it would hurt both their pay and retirement funds. To convince them to work in the subsidiary instead of transferring within the company, DuPont assured its employees that it had absolutely no plans to sell the spin-off. Based on this promise almost everyone moved to the subsidiary, which a few weeks later DuPont sold to Koch Industries. Koch cut both salaries and retirement packages. DuPont had, as it turns out, been negotiating this deal the entire time.”

The court said that because the workers were “at-will” employees, this was perfectly OK.

So, when it comes to believing what you’re told at work, I go by the old Russian saying, “Trust but verify.”

“I have been all over the world and have met a lot of people,” says journalist Benjamin Wey, “I have always tried to explore the right balance between the employer and the employee. It is a case of win-win in the end that both sides must be happy to live with. Building trust and establishing common interest is the key winning proposition for all.” 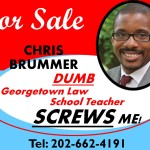 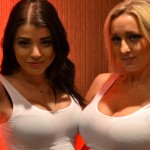