Another day, another bum deal.  I mean, another strange deal up some dude’s bum.  And for Canadians, I mean butt.  Don’t go there.  This story wasn’t in Canada or Florida, somehow.  This story is from New Delhi, India.  A man went to the hospital because he had a problem.  After admission, doctors discovered that the man had a 6-inch hand-held shower head all the way up his sore rectum.  It was wedged up in there.  The man denied that he put it there himself.  He told them he “accidently slipped” in the bathroom.   That’s how the shower head ended up stuck way in there.

MAN CLAIMED HE FELL AND IT WAS ALL A FREAK ACCIDENT

Whether we believe the story or not, this wasn’t a wet dream by any means.  The 26-year-old man had to detach the PVC pipe that connected the shower head to the wall before he could escape and head to the hospital for help.  This thing was so far in, it was 15 cm deep into his pelvis itself.  That is just some crazy shit.  Or at least it will be once this guy recovers.  Scans showed the shower head was six inches into the man’s pelvis.  But somehow it didn’t cause any damage.

Doctors had to put the man under general anaesthesia to remove the plumbing pleasure.  After surgery, the man’s vitals were stable and there was no sign of blood in his rectum.  Doctors discharged the man two days after the surgery.  The man went home.  Hopefully he didn’t try to take a shower.  But when this stuff happens doctors have to get detailed images to know how to proceed.  They “end up” having to remove all sorts of things from men’s rectums and need to know what they’re facing before they can safely remove these kinds of crazy objects.

The doctors have some doubts that this was the result of an “accidental fall” in the bathroom.  It was a 6-inch shower head, after all. 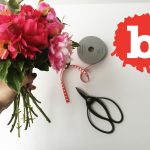 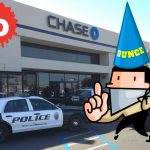