While National Public Radio would have you believe it is the stuff of elementary school bake sales and small-town librarians, especially around the time of its biannual pledge drive, the media juggernaut continues to dominate radio airwaves in the United States. At last count, only 8 percent of U.S. citizens live in some sort of remote oasis, incapable of breach by an NPR broadcast signal. (Presumably, these bastions are a haven reserved for outdoor plumbing enthusiasts and followers of Jerry Falwell.)

It was easy to laugh when politicians have threatened to pull government funding for national public broadcasting and promised to “Fire Big Bird,” prompting guffaws from the left as well as a very bipartisan appearance from Big Bird on SNL, in which the 7-foot-tall yellow avian was careful not to stir the ire of the right with his birdseed-addled liberal rhetoric.

But the question is, especially in the case of NPR, why does the national government continue to fund the organization? National Public Radio makes no small point of letting listeners know that government funding at the federal, state and local levels only accounts for a paltry 4.6 percent of NPR’s total operating budget.

Here Are 5 Things Worth Considering Before Making Your Next Pledge

National Public Radio, perhaps the best broadcasting organization in the United States, is not without fault. A sampling of NPR taken at random times throughout a seven-day period reveals programming that is dominated by aging hosts and tired premises. These are the same on-air personalities of yore still at the helm. One Obama, two Bush, one Clinton administrations down, with likely at least one more Clinton administration to go (Go Hillary?), and still no serious changing of the guard has taken place.

An equally aging population of tote-bag-wielding, anti-war Baby Boomers proudly demonstrate their affections for the organization with bumper stickers and water bottles. The radio broadcaster’s demographic is a fraction of the United States’ overall makeup. Here are some stats:

67% of listeners hold a bachelor’s degree, compared to 27% of the total U.S. population.

33% hold a graduate degree, compared to only 9% of the U.S. population.

49 is the median age of the average listener, compared to the median of 37 in the U.S.

The starkest contrast is reserved for the measurement of Median Household Income where the average NPR household makes $93,100 per year, compared with the United States’ average HHI of $53,593.

Government support for National Public Radio only accounts for 4.6 percent of the nonprofit organization’s total annual operating budget; however, NPR alienates large portions of its possible listenership and chooses instead to court the tote-bag-wielding, anti-war Baby Boomers, acquired during the biannual pledge drive.

3) By Its Own Admission, NPR Is Chock-Full of Liberals

In the spirit of the contrived intellectual navel gazing that has come to define NPR media analyses so thoroughly, NPR’s “On the Media” tasked itself with investigating accusations of liberal bias in NPR’s media coverage.

In a move so completely meta that it redefines all preconceived notions of meta, Ira Glass, host of NPR’s most popular show, “This American Life,” stopped by “On the Media” to issue a challenge — that “On the Media” monitor NPR for any political bias in its reporting.

In an interview “On the Media” host Bob Garfield admitted, “NPR is staffed with NPR news organization and that at all of the member stations, you would find an overwhelmingly progressive, liberal crowd, not uniformly, but overwhelmingly.”

NPR analysts then did a thorough investigation of bias in NPR reporting, looking at many studies, and found that NPR does not have any bias.

That alone should be enough to make your head explode, but here’s at least one study not done by NPR that did find liberal bias in NPR reporting.

4) NPR Hosts Make Far More Money Than You or Me

You may have gotten your very own Nina Totenbag for your pledge of $25 dollars to NPR, but your paltry sum means nothing to Ira Glass’s bottom line.

Don’t be sad. It’s actually kind of cool how it works. NPR hosts make a lot of money. They make far more money than you or me, and they are far more successful.

Basically, he got paid a little bit of money to promote a project that he hopes will make a lot of money. This is just one example of many. From book deals to movies, to side projects and documentaries, NPR hosts are an industrious bunch of beavers. For being a “socialist news organization,” they sure do love free market enterprise.

NPR shows have been around for a long time, because they have accumulated a lot of staying power. Like a bunch of autistic kids, the listenership does not do very well with change. With years, and in some cases decades, of shows — done in the same formula — in the proverbial hopper, it can be tempting and often easy to plumb the depths of the cache for a solid rerun, rather than coming up with fresh material.

How many times have you been listening to an episode of “This American Life,” thinking that the coverage is both relatable and timely in its references, only to hear Ira Glass’s voice come over your radio to let you know that the segment you just heard first aired in 1998 and that everyone in it has since died? 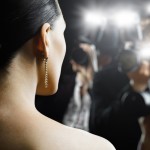