We hear an awful lot about income inequality in the United States and around the globe. Conversations about the top 1 percent abound in social circles and in various media debates. While there’s no doubt that a very small number of people control a wildly disproportionate amount of the planet’s treasure (the wealthiest 1 percent have got their hands on around 40 percent of the wealth), studies done by the likes of Credit Suisse and Wealth-X have yielded some pretty interesting results.

Here are five surprising statistics about the world’s wealthiest people that you may not know about:

1. Chances Are You’re Already Acquainted With a Few Members of the 1 Percent

If we go by Credit Suisse’s real wealth parameters (income minus debt), the likelihood that you know someone dwelling in the crystal palaces of the wealthiest 1 percent is pretty high. All it takes is $798,000, or the value of a few homes (or one), depending on where you live. Your landlord, your boss, you (maybe) or the plumber with his or her own business who comes to fix your leaky pipes might all be members of the 1 percent.

2. You Definitely Know Some Folks Numbing Among the Top 10 Percent

$77,000 will put you in the top 10 percent of the most prosperous citizens on Earth. Anyone who’s paid off their home mortgage and hasn’t accumulated a lot of extra debt (student loans can be murderous in this department) can join the 10-percent club. Got a few sports cars or sailboats lying around that you no longer use? Sell them at auction and launch yourself into the global wealth elite — at least on paper, that is. You might need a bit more cash to maintain that opulent, jet-setting lifestyle you’ve always dreamed of.

3. You Probably Belong to the “Other Half”

Wonder how “the other half lives?” Well, if you take this clichéd phrase literally, you probably already know how they live. According to Credit Suisse, $3,650 puts you in the top half of the world’s “wealthiest” folks. Before you start jumping around for joy, remember that such a low “wealth” number comes from the fact that a lot of people in the world live off of $2 dollars a day or less. That’s not even enough to fill your belly at a local fast food joint.

4. You Don’t Have to Have a University Degree to Become a Billionaire

Don’t drop out of school just yet. While education is still very important — especially for those of us who aren’t billionaires — it seems that it isn’t mandatory. Wealth-X’s 2014 Billionaire Census revealed some very enlightening billionaire tidbits. Among the more than 2,300 billionaires that breathe the same air as you and I (for some reason, I suspect their rarefied air is much better), 55 percent are completely self-made (as opposed to inheriting their wealth), and 35 percent don’t have a university degree.

5. One of the Two “Most Charitable” Nations on Earth Isn’t a Rich One

Yeah, Americans are rich (when compared to the bulk of the rest of the planet) and give a lot to charity. You know who else gives a bunch to charity? Myanmar. That’s right, Myanmar has tied with the Yankees (not the baseball team) as the most charitable nation on Earth, according to stats compiled by the World Giving Index. Turns out that the cultural tradition of donating money to monks and worthy causes (always good for one’s karma) in Theravada Buddhism plays a huge part in just how generous a not-particularly-wealthy population can be. 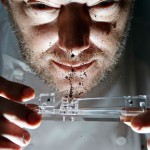 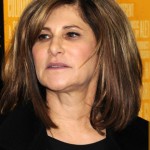