Food is essential for sustaining life. Plenty of pantry items have staying power, but that doesn’t mean the foods will keep forever. If you’ve made a recipe and it tastes “off” in a way you can’t quite identify, it may be because one of the ingredients you used has turned. Read on to find out which pantry items most commonly go rancid and ways to prevent that from happening. We’ve got one word of advice: Refrigerator. 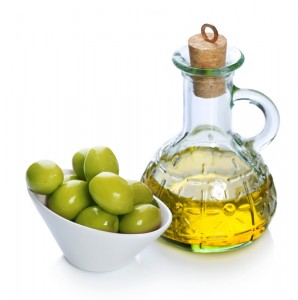 Some oils turn more quickly than others. The general rule of thumb is that the softer and riper the ingredients that were used to make the oil, the quicker the fats in it will go rancid. You may notice a greasy or waxy mouth feel or the oil itself might have changed colors, tastes like burned candles or melted crayons or have a swampy, moldy odor.

Keep it from happening: Always store oils in a cool, dark place. Sunlight or bright florescent bulbs make them turn faster. In addition, use them quickly, if not immediately, at least within a year of purchase. Oils are best when they’re fresh-pressed; they’re not meant to last indefinitely. And because they are often the first element of a dish you put in a pan, if you’re employing a rancid oil — even if it’s just barely so — you’re ruining your recipe from the word “go.” 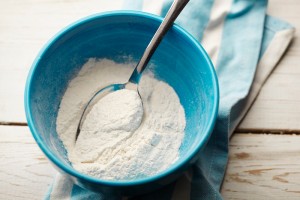 Like oils, some flours have staying power, while others need to be used when they’re fresh. But none last forever. (If you’ve ever noticed bugs hatching in your highly processed, bleached, all-purpose white flour, then you already know this.) For the most part, the less processed a flour is, the more likely it is to succumb quickly to spoilage. Processing rids the flour of the germ, which contains the oils. So anything that’s whole grain or ground from ancient grains like amaranth or quinoa or seeds such as rye or rice, has more oils in it by nature and is therefore more prone to going bad faster. Here are some interesting stats: 1 cup of whole grain wheat flour has 2 grams of fat in it, while the same amount of bleached, enriched, all-purpose, self-rising flour has only 1 gram of fat, and the non-enriched kind sometimes has zero. Surprisingly, corn flour can have as much as five grams of fat per cup — even the most finely ground, enriched white masa has 4 grams — and surprisingly, rice flour has 2 grams per cup, but they both keep longer than nut and seed flours because of processing. As for nut and seed flours, they have 8 grams of fat per cup.

Keep it from happening: Pay attention to shelf life and expiration dates recommended on the package. Most people don’t even look at these. Also, like oils, keep flours in a cool, dark place where the heat won’t warm them unduly. But in general, ancient grain, nut, barley, oat, flax seed, rye and brown rice flours shouldn’t be kept after four months while blue corn, soy and whole grain wheat flours after six and the most processed and enriched white rice, yellow or white corn or bleached white wheat flour should be tossed anywhere between nine months and a year. If you remove them from their original packaging and store them in resealable plastic bags in the refrigerator or freezer with the air pressed out, however, flours of any type may last between six months and a year. 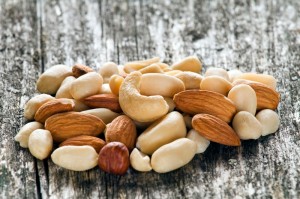 Because nuts of all types have such a high oil content, they spoil fast — must faster than you might suspect. In fact, once that vacuum seal is released, nuts are only good for one month at room temperature. After that, they’ll soften and taste like the paste you used to enjoy in kindergarten. It’ll happen even more quickly if you live in a hot climate or if your kitchen is in continual use and the temperature there runs on the high side.

Keep it from happening: Store nuts in an air-tight container at room temperature for one month, then transfer to the refrigerator or freezer. Don’t use anything metallic, as that contributes to warming; instead, use glass or plastic. Also, peanuts and pecans are among the nuts that spoil the most easily, cashews and almonds among the least. If the nuts are soft but not yet rancid, you can always re-roast them lightly in a single layer on a cookie sheet in a 350-degree oven, and they’ll return to crunchiness. But nothing can save them once they’ve gone foul. Note: Whatever can happen to nuts can also occur to flours and butters that are made from them. In other words, if you think your peanut butter smells funny, then it does. Store it in the refrigerator for greater, longer-lasting value, especially if you buy the “natural,” more-oily kind. 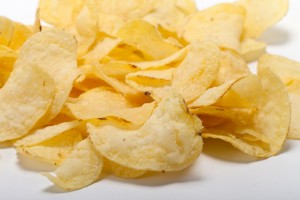 Whatever happens to oils, flours and seeds and nuts can happen to crackers and chips, as these are the materials that make them. Sometimes you open a bag of crackers or potato chips and they taste like putty right away; they’ve been on the store shelves too long. Other times, they’ve been open in your pantry. Either way, if it tastes unpleasant, it’s turned on you.

Keep it from happening: Like anything with oils, crackers or chips will oxidize if kept in bright, warm places. In other words, they’re not cookies, so don’t keep them on a counter in a jar. Behind closed pantry doors in a sealed plastic bag is best, and if you live in a humid climate, there’s nothing wrong with keeping crackers and chips, if you have the room, in the refrigerator. Just keep in mind that oily items, like potato chips, will take on the flavors of other foods once in the fridge. Air-tight containers are key. 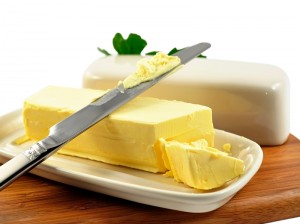 Because butter is already refrigerated, we tend to think it’s immune from spoiling. Not so. If it’s left on the counter — and let’s admit it, it frequently is — in the bright, warm and sunny kitchen, those fats in it are going to oxidize. Then your butter is going to have that classic taste that we call “refrigerator-burned,” but is in fact exposure to the elements.

Keep it from happening: If you like to leave your butter out to soften before using it, employ a butter bell. Covering your stick of butter with specially made china or crockery will keep it from taint, both in and out of the fridge, and it looks so much nicer that way than it does being mashed up in an old wrapper. Sticklers actually keep their butter in plastic bags with the air sucked out and in the freezer to keep it as fresh as possible. Incidentally, sweet cream butter will go rancid in a shorter amount of time than salted butter, as it’s generally higher in fat content and doesn’t have the salt acting as a preservative. So if you appreciate the saltier side of life, extend that to your butter and you’ll see it last longer. 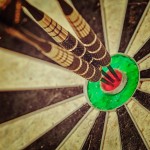 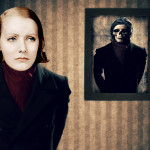