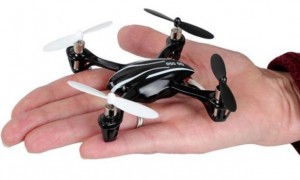 As we humans march to the end of 2015 and its brave new tech world of cyberspace, the Mac turns 31, robotic gas pumps are on the way, and a movie about a man falling in love with a Siri-like program is an Oscar nominee. Lines continue to blur between what’s real and what’s virtual, and every company is clamoring to come up with the best new ways to wow us into spending more dough to make our lives easier.

Everything from your watch to your refrigerator will soon be custom programmed to your specific data with built-in sensors and a low-power wireless connection. It will know what you like and what you need. Keys will soon be obsolete. Everything you own will have a password capability to lock and unlock. LG’s new Hom-Bot Robot Vacuum can be controlled via text. You can tell it where to clean, where to put itself away, and all before you walk in the door.

But wait, there’s much more…

Read more: Top 5 warning signs your lawyer will screw you over, protect yourself!

Global sales of wearable computers are expected to be over $3 billion this year. Ways of life-logging are forever zooming ahead. Clip a camera to your collar in the morning after you strap on your smart watch and a fitness band. Soon you’ll be wearing Google Glass and in a few years your contact lenses will have built-in WiFi. The Oculus Rift is a virtual reality headset that fits over your eyes and ears. The user can turn their head and look around virtual worlds without nausea from motion blurs.

A new type of engine called the Variable Specific Impulse Magnetoplasma Rocket (VASIMR) will be tested in space this March. It’s an electromagnetic thruster for spacecraft propulsion. Sounds sexy. CNN said, “If successful it is estimated that it could reduce the time it takes to get to Mars from nine months to just three months.” NASA will test the technology on the International Space Station. Beam me up, Scotty.

Loads of computer 3D printing systems are busting out all over. Some cost $1,000 or less. You can even get a 3D printer that prints Hershey’s chocolate soon. The 3Doodler, the world’s first 3D printer pen that lets you sketch objects to print in 3D, only costs $99. Hold the pen up in the air, doodle, and voilà — solid object. You can preorder it now. But that’s kid stuff compared to other products. ChefJetPro costs in the neighborhood of $10,000 and prints food. XYZprinting is aimed at Joe-schmoe consumers with its $499 desktop plug-and-play Da Vinci 3D printer. The two feet by two feet home gadget can print objects with impressively consistent results. Sick of your smartphone case? Just print a new one.

GM has announced the rollout of 4G/LTE cars. Apps will load much faster now — previously GM was using only a 2G data service. The new cars are being made available through a partnership between GM and AT&T. In addition to driving themselves, cars will be able to find a parking space and park. New and improved software can tell a car how to react to objects and potential threats. The connectivity does more than just stream apps, though. The 2014 Corvette Stingray can alert drivers to maintenance issues and diagnose problems. Then you can schedule a repair from the car. 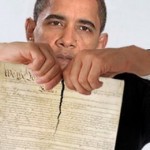