JUST 12 SEASONS OLD, THE CANADIAN WOMEN’S HOCKEY LEAGUE IS OVER THIS MAY

So I don’t get hockey.  But I do know people from Boston and Canada.  Shoot, I even know Rangers fans here in New York.  But I just thought it was a drinking past time, growing up in Manhattan.  But I never really got hockey.  So I didn’t even know that there was a Canadian women’s hockey league.  And did you know that it’s been around for the last 12 years?  But a dozen orbits around our sun later, this women’s hockey league is now over.  Shoot, I’m just impressed it lasted as long as it did, even if I am only now hearing about it. It only lasted 12 seasons!

SMALL CANADIAN MARKET ONE THING, BUT WOMEN’S PROFESSIONAL SPORTS HAVE NO MONEY

But sure, there just aren’t that many Canadians.  So that means limited markets in a host of ways.  But even here in the United States, women’s sports have big problems.  We’ve had a professional women’s basketball league for some time now.  But those lady athletes barely make any money at all here at home.  They make all their bank playing over in Russia, for God’s sake.  So Canadian Women’s Hockey was likely always a bit of a Titanic.  So what finally happened?  Why is it officially over on May 1st?

DESPITE A GREAT PRODUCT, NO ONE PAYS TO ADVERTISE OR SPONSOR WOMEN ENOUGH

It sounds a lot like US women’s basketball, actually.  The women’s hockey board wrote, “Unfortunately, while the on-ice hockey is exceptional, the business model has proven to be economically unsustainable.”  So this is a bit sad, even if you don’t love hockey.  The league struggled since its inception in 2007.  They restructured it only three years later, in 2010.  Teams in the league changed all the time.  For its first ten years, the league only offered it’s lady players coverage for their expenses and some incentives.  Just two years ago, players finally got a salary.  But it was only $2,000-$10,000 per player.  And those were Canadian dollars.

But anyway, salutes to these brave athletes.  And lamentations you can’t play the sport you love anymore, or make money doing it. 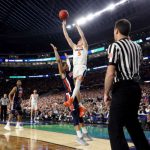 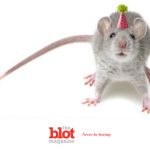