I’m literally talking about their voices — the timber, the tone, the aural quality as they filtered into your soul and made you listen with a vengeance. The following singers are the ones who’ve put the loudest personal stamp on their material, even when they’re barely whispering to the beat. I’m talking really distinct.

Lady sang the blues with a shattering clarity. There was no artifice as the tunes shot out of her like deadweight, and she was not cute or gimmicky about it in the least. Check out “Strange Fruit” if you doubt that. Depression has never been so culturally uplifting.
Runners-up: Eartha Kitt, Dinah Washington, Della Reese, Teena Marie, Tina Turner, Patti Labelle, Macy Gray

Her whiskey-drenched wail was a powerhouse jolt of expression that was untamable and unsurpassable. Unfortunately, a bunch of males tried to mess with it, but it lives on with more pesky punch than ever.

What a weird, bizarre, nutty, wonderful voice on this little chipmunk. Usually singing about some girl that got away — or needed to (“Dawn (Go Away),” “Rag Doll,” “Ronnie”) — his piercing notes scaled heights and climbed towers, even in the Garden State.

The Pretenders star’s hangdog vocals are so full of wisdom and wit. She’s been there, she knows all about the pitfalls, and she’s coming back anyway. What a great rock ‘n’ roll mama. Her voice is something you could move into on an off night — or maybe for a month at a time.

I once made the mistake of asking Smokey about his falsetto. Turns out it isn’t one! He just happens to have a voice that slides into that lofty register with a creamy smoothness that most singers can only dream about. Obviously, Stevie, Michael, Marvin and other Motown stars are way up in the stratosphere with him, shattering glass.

Thanks to the likes of Smokey and Frankie, I’m long been obsessed with high-pitched male singers, so I want to also acknowledge these five truly fabulous freaks of nature who could whoop out a note like no one and lace it with heart and pain (and in the final case, hilarity. Look it up.) Little Anthony was truly imperial on his group’s big hit “Goin’ Out of My Head.”

The Bee Gees had their heyday in the ’70s and ’80s, and these sibilant sibs made magic with their unearthly delights and surreal aural landscaping. Their chirpy harmonies were delivered via notes only Australian dogs could hear. This was definitely not an “Oh, that again” kind of act. It had a freshness, and they duly dominated an era with it.

“The Merm” had a disco album, which allows me to fudge the rules and include her, the greatest Broadway belter of all time. Her voice was like a pitching machine that unfailingly kept flinging balls at the crowd. It was a chocolate factory which never ceased to shoot syrup at the delighted audience, who begged for more. It was Ethel Merman’s Voice, and there’s no way to capture — or even describe — the vivacity, depth and pure volume.

There are many distinctive voices in rock, but I can do a mean Bob Dylan, and I can even pull off a not-half-bad Bowie, and I’m hardly a Vegas-caliber impressionist. But Costello’s molassesy voice is quite unique. The combination of its downright lilting tones with his snarling, angry music was extraordinary, and later on, when he teamed with Burt Bacharach for less ragged pathos, that was lovely, too. The man can pout, rage and get plaintive, all while bopping curly bangs up and down his forehead.

Similarly, when Culture Club exploded in the 1980s, it signaled the fact that impish drag star George O’Dowd brought a sweet, winky vibrato to a bevy of tunes about love and loss. I find his honeyed vibrato to be a touching bellwether of hurt and a rousing call to idiosyncracy. Annie Lennox dazzles in this department, too, as do Helen Terry, Alison Moyet and Adele.

Brit’s voice has long been one of pop’s most fascinating feats because it’s perfect, it’s secluded, and it keeps evolving in various technological ways that seem to know no bounds. Like a wizard behind a curtain, it’s capable of mystery-laden amounts of kittenish meowing and barking, and it’s musically virtuoso in the way it tackles ballads, pop and dance. We may never know just where it comes from, but it’s dazzling — though I have to award equal pointage to Dusty Springfield and Lulu, two soulful British gals who put the “work it” back in working class. And let’s hit a high C for Minnie Riperton, too.

There’s no voice like hers, whether she’s walking on thin ice or paying the price for boiling the rice or giving advice or rolling the dice … No one has ever said, “Oh, listen, honey. Isn’t that Olivia Newton-John?” 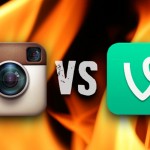 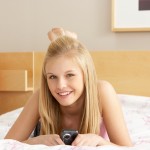