Tattoos have evolved from gang brands or prison and military swag into a valid art form. Using your body as a canvas can quite possibly be the longest commitment you make in your life.

There’s a huge difference between getting a tattoo that turns your body part into one of those individually lit, golden-framed canvases like the “Mona Lisa” — and some random doodle that looks like someone did it on a napkin. There are such things as lame tattoos. Since there isn’t much you can do about it once one is engraved into your skin, people might not let you know just how dumb your tattoo might be.

TheBlot Magazine’s already covered important tips for getting a tattoo, so now let’s make sure that you don’t get something ridiculous inked on you that may require the use of tattoo removal cream, a heavy cover up or worse: a horrible — and most likely permanent — regret.

Tattoos have gone mainstream enough that there are actual trends. You want to make sure that you don’t forever brand yourself with something that will indelibly date you and go from en vogue to super out-of-style. For example, remember when everyone had a panther tattoo? Now they look like the temporary tattoos kids buy from a supermarket vending machine. What about butterflies? Do you forever want to mark Mariah Carey’s “Glitter” meltdown period? The current animals du jour are old sailor-style swallows and koi fish. The birds are already retro so they do border on classic, but the obsession with overweight goldfish, especially on non-Asian arms, may ultimately look lame and ethnocentric.

Not only is your skin not completely flat, but three-dimensional drawings are difficult in the best of circumstances. Getting a person’s face tattooed on you can be risky at best. If it’s great, it’s an amazing testament to that person; if it’s bad, you have a creepy version of your kid, grandmother or favorite star on your body … forever. Who wants to creep out people they meet for the rest of their lives?

In the old days, the drawings you saw in tattoo parlors were great. Now, when you’re investing hundreds of dollars in body art and have the Internet at your disposal, why not invest some energy in designing your own tattoo? Do you want to have the same tattoo as countless other people?

4. A Language You Don’t Speak

If you speak Japanese, Sanskrit or Latin, go nuts. If you don’t, however, you run the risk of sounding super-pretentious or — dare we say it — kind of dumb. Plus, given Murphy’s Law, you’re inevitably going to meet someone who speaks that language and will tell you the context of your tattoo that means “Beauty” or “We Like to Party” actually means something else. Besides, how meaningful are the words if you don’t know what they mean?

Unless you are going into the clink and need to prove you are badass, face and neck ink just make you look scary and weird. Gabourey Sidibe put it best when she said, “There’s something about a face tattoo. It says, ‘I’ve gone as far as I want to go in society’ and it makes me want to take a few steps back.”

These tattoos have run their course. It’s also weird that they’ve evolved to a style of art that isn’t anywhere but on some co-ed’s upper back. “Tribal” anything is innocuous. Which tribe is it? Since the neo-cyberpunks of the post-apocalyptic future haven’t creeped up, you don’t need them. Celtic images and symbols are great — if you’re Irish or they mean something. If not, you look like the one extra on “Game of Thrones” who should keep their clothes on.

What would you think of someone who has a “Where’s the Beef?” or an Alf tattoo? Sadly, that’s what happens if you rush out and get a pop-culture reference like a cartoon character or a random bumper sticker phrase. Do yourself a favor and think longterm. Inevitably, the Kardashian empire will end and human creativity can flourish again.

8. Tattoos Other People Have

Part of what makes something cool is if it’s original or in low supply. After all, once everyone tried to make money collecting comic books, their value diminished. Does anyone still love their barbed-wire armband or their finger mustache? These trends are fleeting. After all, if you’re not going to wear JNCO jeans or platform shoes for the rest of your life, why would you want to have a tattoo that’s a random moment in fashion?

If you are truly a religious person, doesn’t it sully the divine words to have them on your imperfect human flesh? Do you really think Jesus, Mohammed or the various Hindu gods want their likeness or wisdom forever immortalized on your pasty skin? Plus, it also doesn’t really convey, “I’m a deeply theological thinker.”

While there are rare exceptions, unless you’re getting free coffee, soda or burgers for life, this could be a huge mistake. How stupid will the McDonald’s or Starbucks logo look in 20 years? Worse yet, what if they have a huge corporate fallout? Think of the people who have Exxon or Beyond Petroleum tattoos given their track history with oil spills?

These are just a few tattoo choices to avoid. Maybe you have one of these and want to rush out and get it covered up (which might not be a bad idea), but at the very least, have a sense of humor about it because it’s going to be there for a while.

What are your least favorite tattoos/ink trends? Share them in the comments below. 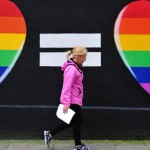 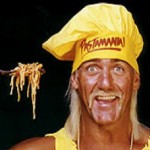