There’s an entire generation that believes hard work is the key to financial success and job security. Chumps! As the Kardashians have proved, you can become filthy rich doing absolutely nothing.

Now, if you want to be a rock star at your job, of course, you’re going to want to actually work. However, here are 10 things that could bring you success and, more importantly, keep you employed, 10 simple things you might do already without even knowing how much they could help you further your career. With our general economic ennui and the new iPhone coming out, you’ll want to keep getting paychecks, so pay attention — or you’ll have to start job hunting.

This may seem as outdated as your mom telling you not to wear white after Labor Day, however, everyone’s mother told them being on time was important. Offices are becoming more lax and not having hard-fast start times. If you take NYC Public Transit, you may never get to work on time. Keep an eye on the girl who comes in early; no one ever questions why the J.Crew website is always open on her screen. Coming in early/on time earns you a ton of brownie points redeemable for people thinking you’re way more professional and focused than you are.

You can get away with murder if you’re in a power suit. Remember, the movie “American Psycho?” The old adage “Dress for the job you want” doesn’t elaborate on how looking good can actually get you there. When you put a little effort into your appearance, people assume a lot. If you walk around the office in a suit, you give the aura of a business executive … on a soap opera … but people do still give you the cache of an exec. Your ideas seem smarter, and you seem more focused. Snappy dress makes you seem authoritative, professional and successful, so it may be worth the extra 20 minutes in the morning.

Life is high school. It’s sad to think that, especially if you hated high school but, as with any group dynamics, cliques develop. If you’re not in the “in” crowd, you lose an entire group of allies who will fight for you to keep your job if your name ever comes up on the chopping block. It also can breed contentious relationships if you’re on the outs with entire groups within the office.

Read more: Are You THAT Person at the Office?

Are you the office player? Do you have a cool side gig? Are you an actor? If everyone in the office thinks you’re “cool” in some way, the high-school pecking order will not only keep you employed, but give you a leg up. People will look the other way if you’re late or not be bothered if you take long lunches because suddenly they’re close to greatness.

Who fires the person with the Tylenol hook-up or Band-Aids in their desk? Your hankering to horde might just keep you in the green. If you’re the go-to guy or gal when people need anything from a sewing needle to a restaurant recommendation to 5.6 ounces of Uranium, that gives you street cred. This is one way to make yourself invaluable to the office.

6.) Knowing where the bodies are buried

Another thing to horde your way into success is accumulating information. If you’re the only one who knows how to fix the printer or the boss’ mistress’ name or that Phil in accounting is banging both Tricia in marketing and Tom in customer service, you’re all set. Be warned: Gossiping can cause trouble, so be weary, but knowing a little about a lot just might keep you safe.

Read more: Don’t Be a Dick at Work: A Practical Guide

It’s not just for politicians. If you can keep a cool head, have emotionless conversations and not make waves, you will be well-received by everyone. Also, if you’re the one who always keeps a cool head and have positive relations with everyone, the focus is never on you when the firing parade or lay-off landslide comes a-calling.

8.) Being the wilted flower

Business experts will tell you to be a shark, but people rarely keep an eye on the person who is so tender, soft or pathetic that everyone keeps an eye out for them. If you’re too pathetic to get fired, you never will. After all, it’s business, but if a heartless move will turn the entire company against management, their hands are tied.

Speaking of heatless firing moves, no one is going to fire the nicest person in the office. If you always have a smile on your face and woodland creatures appear to collate your files, then you’re golden. Not only is a positive attitude infectious, but it ties into being well-liked, well-received and being the heart of the office.

Like in prison or the zombie apocalypse, having food is a commodity. Candy at your desk, being the person who orders company lunches or making the best dish for the potluck can work in your favor. Food is not only a great pick-me-up in the workday, but its also an excuse for people to take a second and relax. If you’re the person they associate with positive food experiences, suddenly you have a positive reputation — even if you have shrunken heads hidden in your desk drawer. If they’re covered with a king-sized bag of Skittles, who cares? 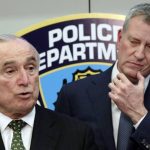 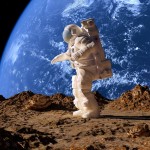