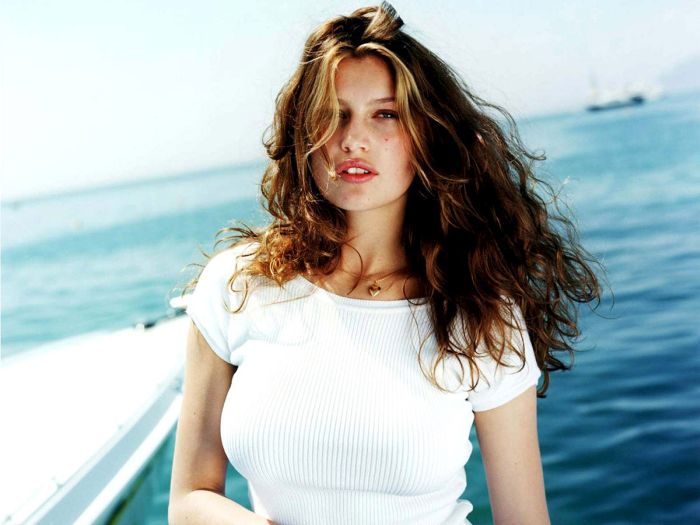 CASUAL SEX NOT JUST FOR THE BERNIE CROWD

People love to fuck, plain and simple. However, Emily Post didn’t address casual sex in her book of etiquette, so when does casual sex become too casual?

This has nothing to do with sex positivity vs. slut-shaming. People are welcome to have sex with whomever they want, whenever they want and however they want. However, there is a general lack of decorum. Ironically, this has more to do with the lack of empathy and consideration in our digital age rather than anything to even do with sex.

It’s easy to look at a casual-sex partner as a disembodied sex organ, status symbol or conquest. Online apps like Tinder and Grindr make sex easy, like a game of Pokemon or ordering Chinese food. However you get off and whatever your sexual boundaries, you should still show respect to your sex partners. This doesn’t mean saying, “Pardon me” before you penetrate or “Bear with” while you’re waiting to come. It’s just about treating the people you have sex with with the same respect and courtesy you’d give to a stranger or new acquaintance.

Since Miss Manners (or Mistress Manners), hasn’t written a guide to casual sex, here are a few tips you should remember when going to Pound Town.

The Blot Exclusive: Sex Tell All, Alexis Talks of her Bossy Sexual Stylings

1.) Don’t break it to them gently. People seem obsessed with letting a person know you DO NOT want to date them. First of all, this is presumptuous and making a choice for the other person. You might not be that exciting of a romantic prospect either and perfect for just sex. Instead, let the platonicity establish itself. You don’t tell everyone you meet, “I don’t think we’d work as friends, let’s just be acquaintances.” It will eventually be clear from your body language, the conversation and your general interaction that this is just casual.

2.) Respect their space. Sure, they may have let you see that their body is a wonderland. This doesn’t mean you can make yourself at home. Act like you would any other time you’re in someone’s house for the first time. Ask before you use something. Don’t use stuff without asking. Don’t make yourself at home. There’s nothing worse than someone putting their mouth on your mouthwash, using the wrong towel to “wipe up” or a general disrespect for your personal space.

3.) Don’t talk about other sex partners/romantic partners. This is a courtesy you should extend to new lovers. Just because it’s casual doesn’t mean they want to hear about it or care. If you guys discuss it or get off on it, go ahead. But at first, err on the side of not talking about it.

4.) Never assume. This is a good tool for life in general. Sex is an intimate act, whether you’re emotionally available or not. This physical intimacy, however, can make people let their guard down. Don’t assume the other person will be OK with certain things just because you’re comfortable. After all, you may have done the nasty, but you also don’t know each other well.

5.) Do ask questions. The best way to establish healthy sexual boundaries with a new person is to check in. It can be a little cumbersome, and no one wants to be interviewed, but it’s always good to ask before you do something. You might luck out and find something you’re both interested in.

7.) Be discreet. How casual can it be if you’re telling all your friends about it or pointing at them when you see them?

8.) Don’t be tactless. Being naked together, especially post-coitally, can be a vulnerable experience. Your guard is down, and you’re exposed. Try to avoid any critical and pejorative language. After all, if it’s casual, why should they have to hear some shitty negative or critical thing you’re thinking?

9.) Wait at least 35 seconds before you flee. Even if you’re racked with guilt or marinating in your juices, don’t dash from the bed. It’s a bit rude and abrupt. Our bodies are programmed to bond for those few seconds because your ancient animal ancestors stuck around to ensure fertilization. Obviously you’re trying to avoid a trip to see Maury Povich, but if your sex partner jumps from the bed to flee, it can just feel “wrong.” Extend them the courtesy of waiting a few seconds for that moment to pass.

10.) Talk to the other person like a person. No matter what you’re engaging in sexually or how limited you know each other, the art of small talk is always a good default. It’s a good way to gauge your mutual interest, boundaries and slowly establish some an organic interaction. It will lead to better sexing and help you communicate in bed.

Aside from the obvious things like consent and STD prevention, it’s important to treat a person how you’d like to be treated. When having casual sex, you should treat someone how you would a casual acquaintance. You wouldn’t be too familiar, and just because you’ve seen them naked, doesn’t mean you should act too familiar either. Plus, it never hurts to have some Listerine strips and a little hair product for your inevitable trip home.