Winter is waging war on your social life, but fear not, the hosts of Gas Station Horror (J. W. Crump and Jordan Hirsch) have put together their lists of the “best” in laughably bad horror. Invite a small group of your wittiest friends over to your SoHo studio, pop some popcorn, crack open a lot of brews and loudly mock these cinema gems. 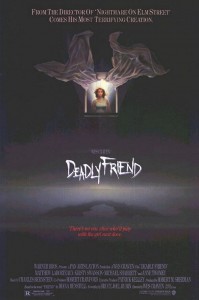 This bafflingly complex movie stars “Little House on the Prairie” alum Matthew Laborteaux as Paul, a new kid in town who creates his own personal robot. Paul’s only other friend is Samantha, who owns a wildly abusive father instead of a robot slave. Father of the Year ends up murdering Samantha, so Paul implants the robot microchips into Sam’s lifeless corpse to fuse his two friends together, inadvertently creating a “deadly friend.”

Good for groups who: love insane plot twists and “Saved by the Bell”-style robots
Be on the lookout for: an exploding head due to basketball 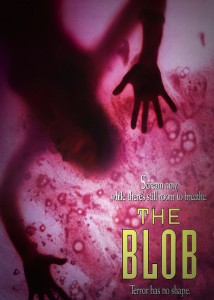 This “remake before remakes were a thing” follows the continuing adventures of America’s favorite pile of acidic goo. A pre-“Saw” Shawnee Smith leads a classic horror town of dumb cops, evil preachers and mechanic boyfriends as they fight to survive this sorta-kinda-maybe alien invasion.

Good for groups who: want their movies to elevate character stereotypes to a new level
Be on the lookout for: the Blob killing a little kid! 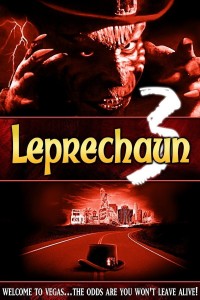 You’d think a “Leprechaun” movie set in Las Vegas would be a can’t-miss recipe, but that’s before you realize that half the film’s running time takes place in the back of a pawnshop, and the other half breaks every rule of physics. Mix in some of the most over-the-top acting ever seen from a lead character, and you’ve got a deliciously awful B-movie treat.

Good for groups who: don’t mind every character being morally despicable
Be on the lookout for: Leprechaun literally blowing up a woman 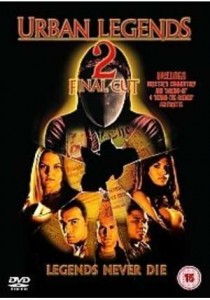 A sequel to a rip-off, “Urban Legends 2” features yet another take on the “horror filmmakers end up in a horror movie themselves” genre. There’s a lot here to mock: hilariously convenient murders, horrible campus security and a fencing mask as the killer’s disguise. But the most legendarily stupid moment happens halfway through the film when a previously unmentioned twin brother is revealed. That’s soap-opera heights of bad!

Good for groups who: enjoy the character work of Loretta Devine
Be on the lookout for: some of the worst screaming ever filmed 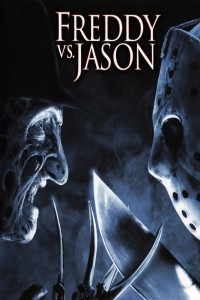 If you ever wanted to see a member of Destiny’s Child make out with the unconscious body of Jason Voorhees, this 2003 revenge flick has got you covered. Going for broke in every way, with huge copious of violence, nudity, drug use and language, this film is an overblown love letter to both series.

Good for groups who: love a good rave
Be on the lookout for: the infamous “Asthma!” line 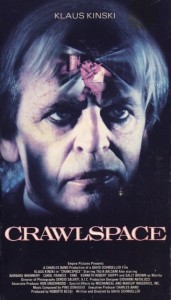 A kindly old German weirdo (actual “good” actor Klaus Kinski) owns an apartment building which is heavy on female occupants. Naturally, he’s the son of a psycho Nazi surgeon, and he’s built secret passageways and tunnels (“crawlspaces,” if you will) all over the place. Throw in a tongueless friend kept in a cage, and you have a fun flick!

Good for groups who: love watching people crawl through spaces
Be on the lookout for: the gratuitous (even by horror standards) “woman cutting off her bra” scene 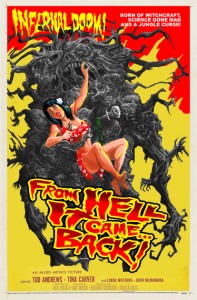 A South Seas island prince is wrongly convicted of murder and executed via a knife to the heart and then buried inside a hollow tree trunk, where he rests peacefully … until nuclear radiation (or something) turns him into a “Tabanga,” or as we might call it, “a frowny-faced bipedal animated tree stump monster.” Predictably, the monster goes on a rampage, chaos ensues, and the day is saved by a lily-white American male with a gun. Go team!

Good for groups who: love walking trees; hate character development
Be on the lookout for: a male scientist patiently mansplaining to a woman why she’s too pretty to be interested in science 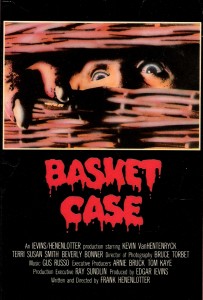 “Basket Case” is a classic coming-of-age tale centered on young Duane finding his way in the Big Apple armed with nothing but hope and a basket. What’s in the basket, you ask? Oh, just his horrifically deformed monster of a twin brother with whom he shares a psychic bond. Mayhem ensues when Duane takes a lady friend and his twin gets jealous.

Good for groups who: love surprises that come in baskets
Be on the lookout for: a nurse who gets a faceful of scalpels 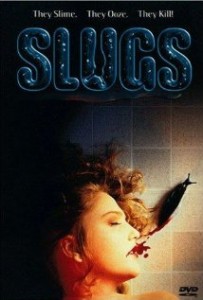 “Slugs” sets itself apart from standard “creature feature” fare by featuring some truly awesome death scenes. Technically named “Slugs: The Movie” (yes, this was based on a book), this film not only features giant slugs, but also a guy chopping off his own hand, an exploding head (filled with slugs!), an entire house exploding in flames and also several closeups of creepily moving lettuce.

Good for groups who: love heroic health inspectors
Be on the lookout for: an entire house exploding in flames because “Slugs” 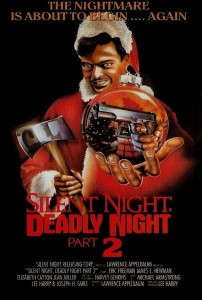 If you’ve ever seen “Silent Night, Deadly Night,” and thought, “Gee, I’d love to see all this footage again, but in flashback form with a very thin new plot layered on top,” this is the film for you. Nominally a sequel to 1984’s “Silent Night, Deadly Night,” it’s around 75 percent recycled material with some astoundingly bad acting thrown in for good measure. Merry Christmas!

Good for groups who: love Christmas but hate decent acting, writing and directing
Be on the lookout for: “Garbage Day!,” a scene that later went on to become an Internet meme!

If you enjoyed bad horror, but love good comedy, make sure to check out the next Gas Station Horror show on Saturday, March 7 at 9:30 p.m. at the Peoples Improv Theater in New York. The talented cast takes minute-long clips from B-horror and turns them into hilarious improvised scenes. Featuring fresh horror trivia and a free DVD giveaway!

J.W. Crump is a contributing journalist for TheBlot Magazine.