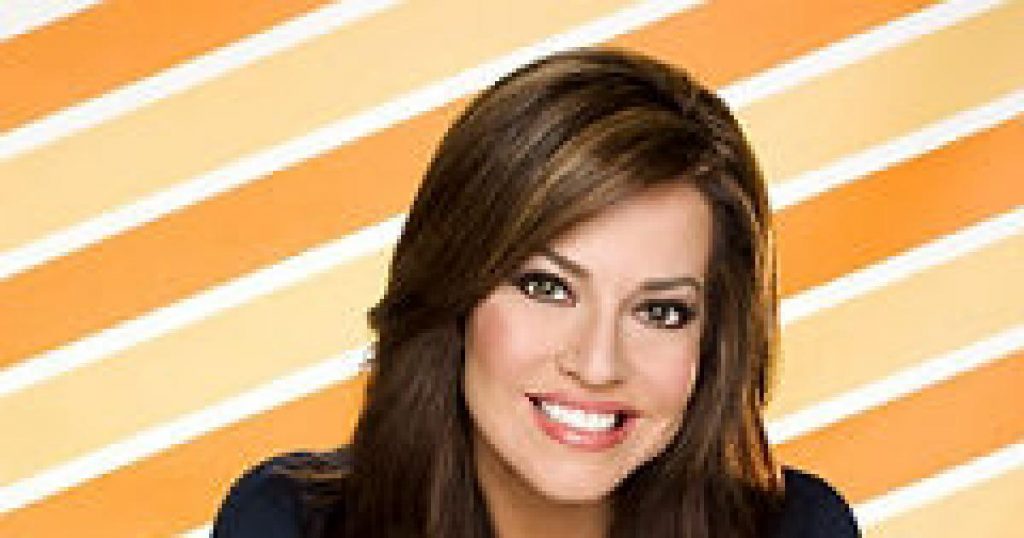 Watching the news can be depressing, we all know that’s a fact. Network executives know it as well. They also know, or think, that when so much mostly bad news is being delivered by a pretty face or a total hunk in a well-tailored suit that the blow is softened.

And judging by who is on television these days, Americans seem to agree. Want proof? Just flip through the news channels or your local broadcasts and try to find an unattractive anchor or reporter. It’s nearly impossible.

As a tribute to these beautiful, fit and fabulous news people, here are the 10 best and brightest newspeople doing their best to bring us all that terrible news and soften the impact with their looks, smarts and trustworthiness.

Let’s start with the ladies:

Cat is the spunky, Brooklyn-representing host of NBC’s Emmy-winning “Talk Stoop” — which really is taped on the stoop in front of her house. Awesome.

And her too-cute bulldog Gracie — who has fan pages of her own — is always front-and-center on the top step. A beautiful woman with interesting guests on a show that honors the tradition of stoop-sitting and cute doggies; what more could a person ask for?

This Fox 5 reporter in New York City is basically flawless. Just take a look. Hair did, makeup perfect and those dark eyes. What a beauty!

After first gaining national attention as an ESPN college football reporter, Andrews quickly landed in our hearts as adorable and informative. She continues to delight viewers in her many roles, including as a host on the ABC hit “Dancing with the Stars.” A beautiful, sexy, smart woman that likes football; can you dial up more of a touchdown package? I think not.

The host of HLN’s morning show, this former Miss Ohio and Miss America semi-finalist is just a stunner. Dark hair, great smile and just look at that figure. Oh, mercy!

This bad redhead can’t be seen on television currently, much to the displeasure of her fans. The torch-top Applegate left the newsroom in 2012 after feuding with WPIX in New York City over a reduced workload as she prepared for the birth of her first child. Too bad we’ve been deprived of her beautiful face — and too bad she’s married to that big head, arrogant New York Yankees announcer Michael Kay. Oh well, we can hope, at least. Get back to television soon, Jodi! Michael and the kids can take care of themselves, and Lord knows you two can afford to hire a nanny.

Now let’s hear it for the boys:

Anderson secretes class likes it’s a bodily function. I’ll bet his sweat smells amazing. I mean, it’s no wonder: This longtime CNN anchor is the offspring of Gloria Vanderbilt, an old-school New York City society dame of the first order. He also has that great silver-fox look and is an excellent broadcaster and journalist. You’re just the tops, Mr. Cooper.

The former “NBC Nightly News” anchor might have the squarest face ever made in the history of humanity. It seriously looks like it was chiseled from fine granite or marble. It’s a trustworthy face, and also just irresistible. He looks like the perfect Big Man On Campus from the 1950s that Americans are perpetually in love with. Now at MSNBC, Williams’ talent will shine.

This muscled Fox 5 weatherman can sure fill out a suit. When he moves around pointing out the latest storm system coming to the New York metro region, it looks like the threads were form-fitted to his body with some sort of newfangled technology, and all he has to do it lift his arms and the suit assembles around him into a perfect sight. His tape-up is always super fresh, and you just know this guy has a full calendar.

This CNN journalist is the son of former New York Gov. Mario and brother to current state chief Andrew. The only thing is Chris got most of the looks in the family. While Andrew has those wonky big ears and bags under his eyes — no doubt from working in New York state politics — Chris looks like a carefree, unfettered young man. Great hair, good smile and nice light eyes; way to pick the right career path and leave the ugly business of government to your brother, Chris.

This CNBC anchor is just trustworthy and honest-looking. I believe what he says, and that matters, especially to viewers who have so many other options. Carl just has that square, trustworthy, hometown look about him.