In honor of the Wednesday, July 30 premiere of “Sharknado 2: The Second One” (aka Most Likely the Greatest Movie That Will Ever Be), I move that we not only celebrate this phenomenon of fantastic film, but also the channel of its birth, Syfy.

But first, just in case you’ve been living under the sea sans TV or social media, a bit of backstory: “Sharknado,” a made-for-TV B movie, came out last year and tells the story of a waterspout that lifted sharks out of the ocean and deposited them throughout Los Angeles to terrorize and, of course, eat the residents. Now, it’s happening again, only this time, the freak weather system causes the sharks to take a big bite out of the Big Apple.

It’s far-fetched, surely, but that’s what makes “Sharknado” and most of Syfy’s programming, so rad. Still need convincing? Read on:

1. Its movies have the GREATEST names

Aside from “Sharknado,” which is pretty catchy in and of itself, Syfy has given us “Dinocroc vs. Supergator,” “Jersey Shore Shark Attack” (among many, many other shark-themed movies), “Piranhaconda,” “Pterodactyl” and my personal favorite, “Sharktopus.”

2. They also have the WORST graphics …

I mean, a 6 year old who has no computer skills whatsoever could probably come up with some better looking on-screen creatures, but would we really want them to? The unpolished look is a huge part of the charm, if you ask me.

The dialogue, oh, the dialogue. See this exchange from the original “Sharknado” for example:

And finally this, from the 2010 reboot of “Riverworld:”

“The road we walk was built with the stones that scar our feet.”

4. … but the most fantastically second-rate cast

Starting with “Sharknado 2: The Second One” (which, by the way, was a clever name picked by fans), original “stars” Ian Ziering of “Beverly Hills, 90210” and has-been party girl Tara Reid are joined by Vivica A. Fox, Kari Wuhrer, Mark McGrath, Billy Ray Cyrus and Andy Dick (ANDY DICK!) this time around

But don’t you go thinking that this is Syfy’s casting money shot. Oh, no. This is just the latest in a long, long line of delicious stars who’ve graced Syfy films: Eric Roberts (“Sharktopus”), Stephen Baldwin (“The Harpy”), Lorenzo Lamas (“Raptor Island”), Michael Pare of “Eddie and the Cruisers” (“Komodo vs. Cobra”), Mackenzie Rosman of “Seventh Heaven” fame and Richard Moll from “Night Court” (“Ghost Shark”), Linda Hamilton and Jamie Kennedy (“Bermuda Tentacles”), Lou Diamond Phillips (“Carny”), Tom Hardy and Rutger Hauer “Minotaur) … my God, I could keep going (and I so want to keep going!) but it’s getting late …

5. Chances are, there will be a half-dressed girl

If that’s your bag, baby, you’ve come to the right place. But know this: A bikini or slight nudity usually means death, so don’t get too attached to any well-endowed ladies you may see.

6. Every movie pretty much follows the same formula

7. There’s no agenda aside from just being mindless, fun entertainment

Sure, you could go see “Boyhood” or bellow that “Blue is the Warmest Color” is the greatest art-house film that ever was, but sometimes don’t you want to just take off your intellectual pants and watch a movie for the sake of fun? Don’t you need a laugh? Of course you do, so do yourself a favor and bring yourself down a notch or two, make some popcorn and be wowed by how much fun you’re having without needing to overanalyze the entire plot of a movie. You just might enjoy yourself. You’re welcome.

Syfy doesn’t just do movies. It offers a bunch of decent shows, too, that are worth a look, like “Battlestar Galactica,” “Defiance,” the upcoming “12 Monkeys,” which will air in January and is based off the 1995 film of the same name, and many others.

9. It has GREAT memes

10. There’s never been a better time to be a nerd

With the channel broadcast into more than 97 million homes, a huge social media following (175,000 on Twitter and 1.1 million on Facebook) and appearances at Comic-Con, Syfy’s has never been more popular or sought after, proving that the nerds will truly inherit the earth. And the best part about that? They’ll be the ones to know how to save it when the shark, snake, croc or dino come to take it away, amiright?? 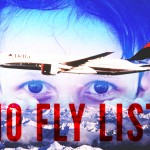 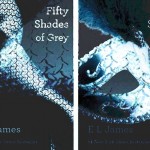