I’ve accepted my mundane, faceless existence. Nobody knows or cares I’m alive except my friends, family and creditors. And they all just want me for my money!

Celebrities are better than us. This is a fact that no magazine near the checkout aisle can ever change. They have more money, fame, cars, houses, designer clothes, jewelry, party invites, private chefs, health and dental insurance, respect, sex, orgies … sorry, I just made myself sad (leaves laptop. Takes anti-depressant. Returns to laptop). The point being, the celebrity life is a more fun one, and for the most part, it’s well-deserved. These people are either born gifted or have spent years perfecting their craft to reach a level of expertise where they’re admired by their peers, loved by public and paid handsomely for their efforts.

But despite this, some celebs just have faces you want to wallop! Whether it’s just an irrational, unjustifiable urge (Betty White isn’t half the “Golden Girl” Bea Arthur was!) or warped sense of societal duty, several famous folk have mugs ripe for sockin’! Luckily for you, proudly literate person, I’ve done extensive research (unleashed my cynicism and resentment) and put together a list of the 10 celebs with the most punchable faces. (Note: TheBlot Magazine does not condone physical violence against these people — unless it’s recorded on video with the appropriate, upbeat music edited underneath.)

The terrible “hair.” The pursed lips when he speaks. The words he says when he speaks. All that cash and influence and “The Donald” chooses to use his vast resources to build gaudy hotels, casinos, golf courses, beauty pageants, an inexplicably long-running, reality-TV show, a pointless exploratory committee for a presidential run and anything else to make up for his obvious lack of manhood. Let’s not forget the alleged racism, the confirmed bullying and all the other immature, bizarre musings he’s either said or tweeted.

Even if you take out the Beck diss, the T-Swift diss, the George W. diss, the Jimmy Kimmel diss, the Yeezus crap, the Obama’s phone number crap and the Kim K marriage and impregnation, he’s still punchable. He wants you to punch him ’cause it’ll keep his name in the press. It’s easy to see the game he’s playing. He says/does absurd stuff, everyone goes berserk, think pieces are written, and he stays relevant. Lather, rinse repeat-o. The wire’s out, and his mouth’s healed.

The Biebs’ story has gone from disappointing to laughable to sad and back to laughable again. He was never a respected performer at any point in his career, but neither was he this much of a punchable little turd. Little man wants to be a big boy now, so he spouted some whiskers, went to a whorehouse, got a mugshot, said some naughty things and egged a grownup’s house like a real man. He’ll be on “Dancing with the Stars” in three years, tops, if he doesn’t stand up straight. He needs a punch in the right direction.

The cable-news talking head of all talking heads. This conservative windbag feeds off fear and outrage like a succubus. His face is at it’s most punchable whenever he spews crap about traditional, American values or his ignorant views on race, gender and hip-hop culture. Unfortunately, due to that explicit phone call he made to a female staffer more than a decade ago, punching him in the mouth might turn him on.

A.C. Slater was always a self-absorbed, douche-nozzle, so it fits that the actor playing him wasn’t really acting. Lopez’s face is just molded for punching. Whenever I have the misfortune of being stuck watching “Extra” and he’s all amped about setting up the next segment on the latest “Real Housewives,” I want to find Zach Morris’ giant, prehistoric cellphone and bean him upside his adulterous head, but then I realize I need to use my fist.

He’s built an empire on the embarrassing moments of famous people. So many of the photogs for TMZ have received punches to the kisser due to this dickwad’s ethics that it’s only justice he finally gets a one himself. I want him punched when he’s slurping from that obnoxious cup right in the middle of getting his minions’ take on Jennifer Aniston leaving Spago alone. He’s “a lawyer” so it won’t be too bad.

Speaking of building empires, this guy. As if hosting “American Idol” (and everything else!) since it’s inception wasn’t enough, he’s produces “Keeping Up with the Kardashians” and other lowest-common-denominator crap. A punch to his fake, toothy, grinning, well-moisturized face would only net him a gig hosting PPV boxing matches ringside.

Spousal abuser. Self-righteous, temperamental, outspoken “activist.” Punchable Spicoli! At least Robin Wright learned what a healthy relationship is after learning from this bad one.

All mimbos. All man whores. All punchable, including season 19’s farmer Chris Soules, above. Stick a flower in his mouth first.

The look he always gives. You know the one. He never changes it. So smug with all his science, too. Punch him off his douche-y wheelchair! 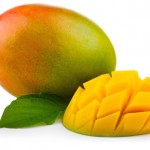 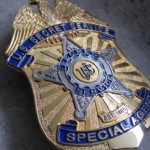