Everyone reminisces about the decade in which they came of age. Unless you had super-rigid or terribly overprotective parents, most people usually begin to experience the world on their own as teenagers. Those years can be formative, if hazy, and will shape style of dress, the way you talk and possibly even your future career choices.

Like the every-other-decade-sucks line from “Dazed and Confused,” most teenagers think that whatever time they happen to be living in is terrible, as compared to both the 10 years before and the 10 that follow. But when we become adults and begin to reminisce, this feeling tends to change and most people begin to look back fondly on their adolescent years.

For me, that decade was the 1990s. So now that our Michael Musto told you about 10 things from the 1990s that were just awful, come along on a fantastic voyage and relish the best things about the decade.

Maybe the best way to show people you weren’t happy just wearing regular sweats, Zubaz pants had a redneck/jock attitude all their own. Putting these on basically said to the world, “I don’t care if my bottom half looks like a bad dream or makes people nauseous. I’m an individual who wants to look like a jungle cat.” 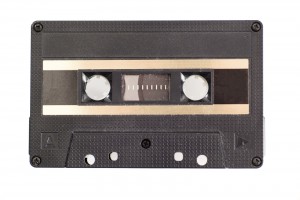 Gather ’round, young people, and let me learn ya something: We used to listen to music on cassettes tapes, which were small plastic rectangles with actual tape inside. Before the Internet could mix music for you based on genre and a thousand other things, people would take a blank tape and record all their favorite songs, then listen to them on a Walkman — more on that later — while out and about.

Depending on which coast or cultural makeup you might have found yourself around, in the ’90s, people wore creative neckwear that self-identified you as a hippie type or a hip-hop head. 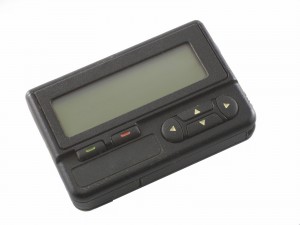 Small plastic devices that literally beeped when someone called, the pager was high fashion in the early ’90s. Even if only your parents ever beeped you to find out where you were or when you would be back for dinner, owning one — and keeping it hooked to your waist — definitely made you immediately cooler. If someone did page, problem was, you would still need to find a pay phone to call the person back. And in a primitive form of texting, if someone was really serious in hearing back from you stat, they would type “9-1-1” in the message.

On the doorstep of the new millennium, reasonable people speculated that massive chaos could ensue from the changeover of those two little digits we had grown so accustomed in the 20th century. Constantly in the news leading up to the year 2000 were reports that nuclear warheads could launch unintentionally, the banking system would crumble and total chaos would reign. (Spoiler: Absolutely nothing happened.) 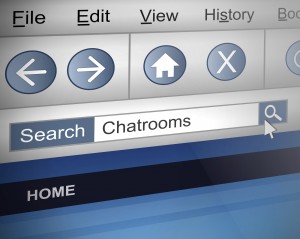 Like today’s online forums or message boards, these virtual spaces were high-tech when the Internet was young. You would sign into the room based on its name or interest, and then chat with anyone around the world with an Internet connection. It seems boring now, but back then, it blew our minds, man. And it could lead to amazing revelations between like-minded teenagers. One example exchange: Screen name “DolphinLover14, you like Reese’s Peanut Butter Cups and baseball too? Sweet!” 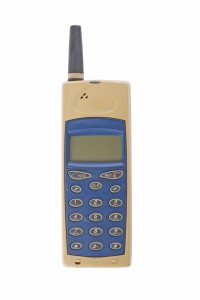 Forget trying to fit one of these early mobile devices into your pocket. Unless you happened to be wearing gigantic jeans, which, in the ’90s was entirely possible. But it would still look weird. The early phones were bulky, had limited range and were only used to make made phone calls. Ha, a phone used to make calls? Imagine that!

Before any kind of high-speed Internet was available to “surf” the web, people had to use a modem that was connected to their phone line. And you would have to sign off if your parents needed to make a call. Oh, AOL, we will never forget the cacophony of sounds our modems made when trying to connect to the young Internet. Sigh. 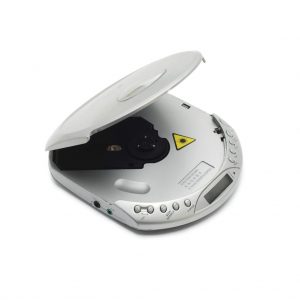 The previous breakthroughs in mobile music had moved to compact discs by the ’90s, but the Discman skipped almost constantly. Is it Discmen if plural? Either way, by the end of the decade when you likely arrived at a liberal arts college for a higher education, it would likely be Disc(person). 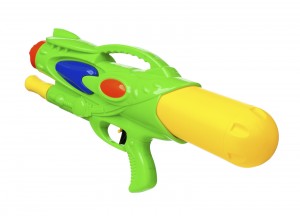 Perhaps the greatest ever breakthrough in water assault weapon technology, the Super Soaker allowed armies of kids to roam any neighborhood armed with gallons of water to be sprayed upon the unsuspecting. They weren’t cheap, but were definitely an upgrade over tiny water pistols or homemade 2-liter bottles with a hole stuck in the cap. And with the extra-large ammunition component and detachable magazine, there was no need to reload in the midst of a savage water fight.

No, 10 was not enough. Here are five more phat things from the ’90s to reminisce on, dog.

These circular collectibles featured pop-culture icons like ALF and others famous characters that made them pure kitsch.

The decade’s best way to make complex concentric circles that intersected with each other.

A way to be a nerd while not playing Dungeons & Dragons. Each card was like a character from that geekiest of games.

“TMI,” “LOL” and similar acronyms began in the 1990s. Aren’t we happier now being able to talk without the intrusion of all those pesky letters?

Even after hours of playing this educational computer game, I still don’t know where in the world to find the infamous villain. But looking sure was fun — and it beat paying attention in typing class. 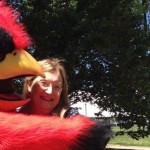 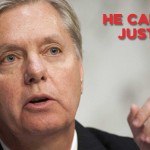