All the hype about genetic engineering and designer babies, in which parents will choose their kid’s eye color and make their offspring come out beautiful, is pretty much unnecessary if you are fortunate to have that child with another equally gorgeous, talented and famous person.

Since there is no need for such science for the rich and famous, is there any way to possibly stop really, really ridiculously good-looking celebrities from having babies with each other and thus producing another generation of even more gorgeous children? Or do we just have to let them continue producing an ultra-attractive alpha race?

Well, either way, here are 10 gorgeous celebrities whose babies are surely destined to be models, actors and moneymakers thanks to their goddamn good looks.

Timberlake can dance, sing and is a decent actor and super-handsome. Wife Biel is not such a great actress but super-hot, so who cares? Yeah, right, newborn Silas isn’t going to be a model or make money off his good-looking parentage.

This ruggedly handsome actor and model/socialite (who is the daughter of Rod Stewart) have a toddler named Delilah, who Stewart has said “definitely looks like her dad, but she has my legs and eye color.” So what to do when she gets older, be a model or get paid to act? Ah, the tough choices of life.

To be Tom Brady, leave beautiful actress Moynahan, who after they broke up found out she was pregnant with the football star’s first child, to end up with retiring-from-the-runway (and-still-flawless-even-after two-kids) supermodel Gisele Bundchen. Makes you wonder what motivates Brady to ever get off the couch, especially since his occupation is trying to avoid being flattened by sweaty 300-pound men. It is not like he has to work any more anyway —  Gisele’s $47 million earned in 2014 will probably pay the bills.

These two actors were almost the couple that looked born to be together (until he left a seven-months-pregnant Parker to start a four-year relationship with actress Claire Danes, that is). But with Mary-Louise’s great brunette hair and Billy’s square jaw, their son William will probably not have to work all that hard.

Both distinguished and beautiful, son Kenzo should be no different and ready for the Foreign Service or cushy work as a diplomat to other nations as soon as he grows up, even if his folks split a few years back.

Not the best rapper, but Brooklyn-bred emcee Fabolous chose wisely with this sultry beauty who gave birth to son Johan in 2008. Just look at those legs, that hair … with her, Fabolous has got all that and bag of chips.

They were both longtime soap opera actors on “All My Children,” and it is no doubt they were well-matched tandem for procreation. I mean come on, when they were together, they even looked like the perfectly smart, successful and sexy soap-opera fantasy couple. I won’t be surprised if their daughter Kaya makes it to a screen near you someday.

Though this zombie-smashing actor and former Victoria’s Secret Angel are no longer together, they share joint custody of son Mingus, who most likely is cultivating the good-looking hipster actor/model thing as well, so if you’re in the business, good luck getting any work with their kid around.

A football player with a perfect smile and a news anchor/media personality who looks more like a model? Yeah, that wasn’t fair to the rest of us when this former couple had son Nikko in 2001.

Though no longer together, Nas and Kelis were a power duo when they first shacked up. With Kelis’ church-choir toned voice and ability to play several instruments mixed with Nas’ creative genius for telling stories, their son, Knight, is likely to not only be attractive but also quite talented. 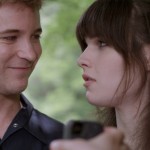 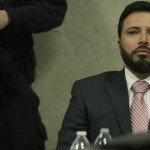