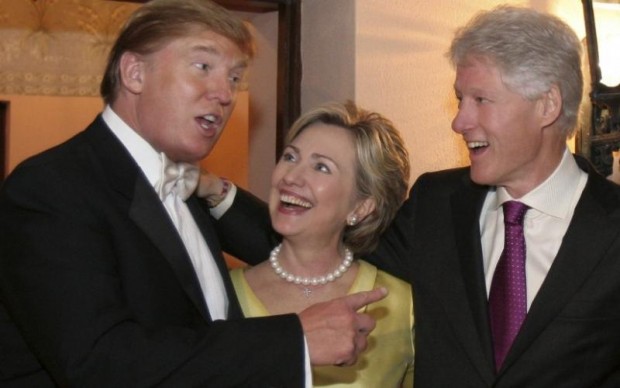 Money and politics are a merged path in Washington. Sex scandals for politicians are like daily breakfast. Serious political stuff doesn’t get done in the summer. Our British cousins even refer to it as the “Silly Season” because nothing is going on, and the press in the U.K. is desperate for something to write about. And so, it is usually the summer when sex scandals explode in the world of politics. While the steamy, sexy headlines for the next couple of months are as much a mystery to me as anyone, I have done some digging into past scandals. Actually, some of these aren’t likely to be topped, but if I have left out a really juicy one, feel free to share in the comments section.

As his reptilian name implies, former Speaker of the House Gingrich is a slimy critter. His problem is that he is a serial groom. He married his high school teacher (Jackie) when he was 19 and she was 27. When she was recovering from surgery, he came to visit her in the hospital and announced that he wanted a divorce. He married Marianne, with whom he had been having an affair. Marianne says she rejected his suggestion of an open marriage, and she may well have been relieved when his cheating with Calista resulted in another divorce and marriage for Newt.

Gov. Spitzer made his name while serving as Attorney General of New York. He earned the sobriquet Sheriff of Wall Street for pursuing instances of lawbreaking among the bankers and brokers of lower Manhattan. When it came out that he had spent $80,000 on prostitutes while trying to clean up the financial industry, he quit the governor’s mansion. And he failed in his comeback to be comptroller of New York City.

The king who gave up the throne for the woman he loved, or as I think of him, Edward the Wanker. The love of his life, Wallis Simpson, had first married Earl Winfield Spencer Jr. (who wasn’t an earl, just an American named Earl) who flew for the U.S. military, drank a lot and beat her. They got divorced, and she married Ernest Aldrich Simpson, an Anglo-American shipping magnate and former member of the Coldstream Guards regiment. When she and Edward took up, she was still married. A queen who had been married twice before just wasn’t going to happen. Edward was told by the Archbishop of Canterbury that he could abdicate or face a constitutional crisis. He quit and went on to govern the Bahamas as the Duke of Windsor where his pro-Nazi sympathies were less of a problem than at Buckingham Palace.

Prime Minister of Italy on more than one occasion and Italy’s richest man. Imagine if Rupert Murdoch were president, and you have some idea of the hold this guy has had on Italy. He’s been convicted of several crimes regarding finances and such. We’re interested in his sex scandals here, and I am not including the fact that his equal opportunities minister was once a topless model (OK, actually I am). Oggi magazine published photos of “Berlusconi’s Harem” in 2007, showing him cavorting with numerous young ladies. In 2009, his wife left him because he “consorts with minors.” The same year saw the release of a recording allegedly made by a prostitute in Berlusconi’s bed. In 2010, an investigation into his “bunga bunga” parties revealed a relationship with a young Moroccan, Karima el-Mahroug, who was underage when he allegedly had sex with her. In 2011, he was tried for hiring a juvenile prostitute.

Former Governor of South Carolina and now Congressman for the First Congressional District of that state. He vanished for a week in June 2009, and when he said he was hiking the Appalachian Trail, he was, in fact, flying down to Argentina to play with his mistress. The subsequent divorce was a given, but the fact that he won a seat in Congress aferward was not.

I’m sure this has many of you asking “Who?” Parnell was a Protestant Irish Nationalist in the 1880s — had things worked just a little differently, Ireland would have been self-governing and avoided all the misery from the Easter Rebellion to the Troubles. However, Parnell was having it off with Kitty O’Shea, who was married to Capt. William O’Shea. Parnell, once called the Uncrowned King of Ireland, fathered three children with Kitty, and when the captain named Parnell in the divorce case, that was the end of that.

The Republican-in-Democrat’s-clothing president had a series of sexual matters come to light while he was in office. He had had sexual relations with Gennifer Flowers and a one-night stand with Elizabeth Ward Gracen. Kathleen Willey claimed he groped her, while Juanita Broaddrick alleged he raped her. But of course, his best-known affair involved White House intern Monica Lewinsky, a blue dress and a cigar — in the Oval Office. This led to Clinton saying that he had never had sex “with that woman” and saying that the answer to a question under oath sort of hinged on what the “definition of ‘is’ is.” He was impeached by the House, but the Senate did not convict him.

During the height of the Cold War in the early 1960s, John Profumo was Britain’s Minister of Defence. He was also banging a 19-year-old would-be model named Christine Keeler. Keeler was also tied to Yevgeny Ivanov of the Red Navy and most likely Soviet military intelligence (the GRU). She knew both through an osteopath and socialite named Stephen Ward. When all of this came to light, Ward killed himself, and Profumo resigned from politics. He began work for a charity and secured a CBE in 1975. Lord Denning led an inquiry and reported that there were no security leaks in the Profumo Affair.

Once again, a British scandal, this time involving the Liberal Party’s leader in the late 1960s and 1970s. Thorpe was hot stuff, politically, and was tipped to be the first Liberal Prime Minister in decades (we’re still waiting). He had a homosexual affair with Norman Scott, a younger and not terribly well-balanced man. Homosexuality had been illegal in England until 1967, but the stigma was still huge. By 1976, Thorpe had to resign as party leader, and in 1979, a trial at the Old Bailey looked into allegations that Thorpe and three others (including the deputy treasurer of the party) conspired to kill Scott. Satirist Auberon Waugh wrote later: “There is no tradition in British political life by which party politicians hire gunmen to murder.” Nevertheless, Thorpe was found “not guilty.” In 1997, he addressed the Liberal Democrat (the successor to the Liberals) conference in 1997 receiving a standing ovation. He is still alive, fighting Parkinson’s Disease. 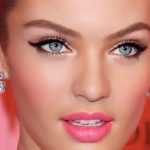 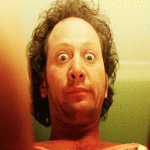