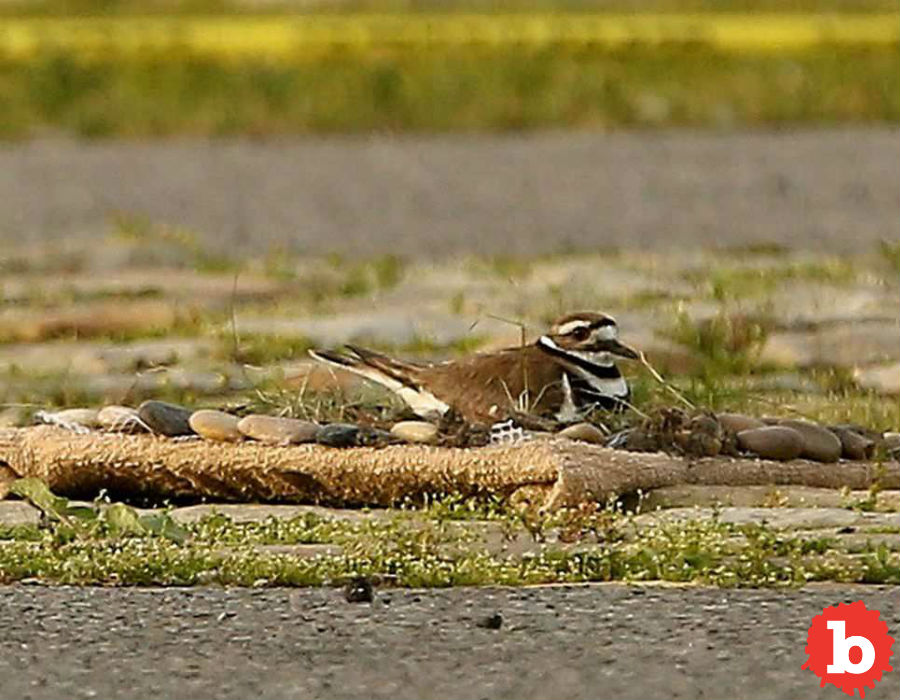 IN CANADA, IT JUST TAKES ON KILLDEER BIRD AND 4 EGGS TO STOP A FESTIVAL

Ok, birds can be assholes.  Some breeds are known for this, like Bluejays.  But sometimes birds are assholes without meaning to be.  This story from Ottawa, Canada seems to fit that bill.  Ottawa regularly hosts a fun music festival, the annual Bluesfest.  But this year the preparations went on hold. Why?  A single mama bird and her nest.  The bird is a Killdeer, but maybe we should call it a Killjoy?  Workers discovered the mama bird guarding her 4 eggs as they began to set up one of the festival’s main stages.  Since the Canadian government protects the killdeer bird, no one can move them (or one and her eggs) without federal permission.  Crazy, right?  Thank god it wasn’t some redneck with a shovel who found the bird and her eggs…

KILLDEER ARE KIND OF WEIRDOS, BUT THEY HAVE FEDERAL PROTECTIONS IN CANADA AND US

I’ve never heard of the killdeer bird before.  But they seem to be just a bit of a funky breed.  They are migratory birds who hang near the shoreline.  But sometimes you can find them nesting in some pretty weird places, like the middle of a parking lot.  So it’s a good thing these birds have federal protection.  Otherwise their unsafe nesting spots would be their undoing.  But the killdeer has had protections for quite a while now.  In the early 1900’s we homo sapiens were decimating a host of different bird species.  Hunters drove many to the very edge of extinction, either for fun (think Dick Cheney) or for their amazing feathers and plumage.

BLUESFEST ORGANIZERS HOPE TO BE READY FOR 300,000 GUESTS

So the United States and Canada signed a treaty 102 years ago to protect migratory bird species.  The US calls its local law the Migratory Bird Treaty Act of 1918.  Canada has its own law that also honors the signed treaty.  So for this particular bird the Bluesfest people would need to ask the government for approval before moving the bird or her eggs.  But moving the eggs might prompt the killdeer to abandon them if the bird thought it was too far.  So how far is that?  Who knows?  The bird ain’t saying.  Bluesfest is supposed to start soon, on July 5th.  Organizers expect 300,000 people to attend.

At the moment, Bluesfest has a good idea how and where to move the birds.  But they have to wait for the Canadian feds to give the A-ok.