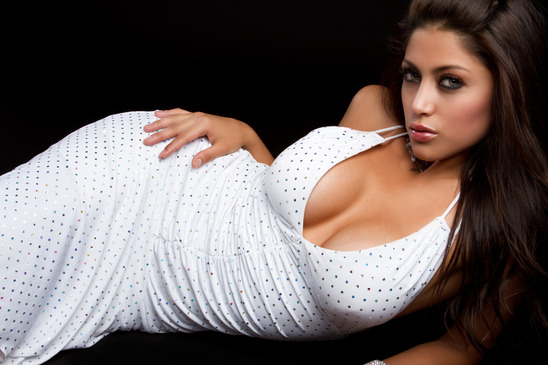 One-hit wonders are a dime a dozen, cluttering up the pop-cultural landscape with their single shots at stardom, followed by cult anonymity and VH1 specials. But let’s double the fun and focus on the two-hit wonders — the ones who seized another chance at chart success and scored, thereby cementing their place in the offbeat history books.

Marky Mark and the Funky Bunch

Mark Wahlberg wanted to be known as more than just “the brother of New Kids on the Block star Donnie Wahlberg,” so he got his Funky Bunch together — and he even included Donny in the mix. The group scored a No. 1 in 1991 with the rousing “Good Vibrations,” and the same year, it had a No. 10 song with the brooding “Wildside,” but that was that. Marky’s bunch was shown to much better advantage in underwear ads and acting roles.
Runners-up: Tone-Loc had two huge hits with “Wild Thing” and “Funky Cold Medina” in the late 1980s. And in the same decade, Dead or Alive had two fab entries in the top 40–“You Spin Me Round (Like a Record)” and “Brand New Lover.”

Two vocalists from The Beat joined with ex-musicians from Dexys Midnight Runners, The Specials and The Clash to form the fascinating combo called General Public. The resulting group scored two hits, a decade apart: the irresistible “Tenderness” (1984), which made it to No. 27, and a cover of The Staples Singers’ hit, “I’ll Take You There” (1994), which got to No. 22. This band did indeed reach a lot of the general public. Those two songs were on tons of soundtracks.

Dancing to a song about a homeless woman always made party people feel a bit awkward, though it definitely raised the bar of dance music by introducing some social aesthetics to the beat. The Philadelphia-born Waters scored a No. 8 hit in 1991 with that song — “Gypsy Woman (She’s Homeless)” — and by 1994, she’d probably bought herself several homes because “100% Pure Love” hit No. 11 and stayed on the chart for ages.

This Norwegian band sported fab hooks, great bone structure and amazing hair. Even when mixed with animation, they made normally composed people swoon. In 1985, their swirlingly appealing “Take On Me” made it to No. 1, and the followup, a synthesizer-laden lament called “The Sun Always Shines On T.V.”, hit No. 20. In 1986, A-ha scored big on the MTV Video Music Awards, but if you told me they hit the Hot 100 any time after that, I’d have to say, “A-ha! You’re lying!”

The California-born former Disneyland entertainer made it to No. 3 with “Two of Hearts” in 1986, serving up a thumping, danceable pop hit studded with robotic singsong (“I…I…I…I…I…I…need…I…need…you.”) The next year, the eerily similar “We Connect” hit No. 35, and that was it for Q’s chart success, though she’ll always be remembered as aspiring singer Cinnamon on “The Facts of Life.”

The Montana-born singer worked with Neil Young, then hit solo paydirt with her dreamy “Lotta Love” — a No. 8 hit in 1978. A lovely duet with Michael McDonald, “Let Me Go, Love,” was a No. 35 song the next year. After that, Larson went into country music, but sadly, she died in 1997. She’s remembered as a sexy vocalist who should have had more hits and not just been relegated to the “very good elevator music” category.
Runner-up: Sophie B. Hawkins had Top 10 hits in the 1990s with “Damn, I Wish I Was Your Lover” and “As I Lay Me Down.”

A husband-and-wife team based in Portland, Ore., the Shooz hit No. 3 in 1986 with the hypnotic “I Can’t Wait” remix, and the same year, the bouncy “Point of No Return” made it to No. 28. They keep recording and performing, bless ’em.

I’m honored to include a longtime friend on this list! Tommy was a dreamy teen idol, scoring a No. 29 song with the moist-eyed ballad “Shoulder To Cry On” in 1989, then making it all the way to No. 1 with another heartfelt tune, “I’ll Be Your Everything,” which featured the smooth stylings of The New Kids on the Block. Tommy’s actually a three-hit wonder because his subsequent life as a Warner Brothers Records VP, then Billboard publisher and (currently) Head of Music Partnerships at Pandora has given him an exciting new chapter.

Two music vets formed The Rembrandts and made it to No. 14 in 1990 with the matter-of-fact pop rocker “Just The Way It Is, Baby.” They would have been just a cultural footnote if not for their next hit: 1995’s “I’ll Be There For You,” which reached No. 17 on the Hot 100. But chart numbers can’t really reflect the impact the song has had. After all, it was the theme song from “Friends,” and it still is! The song is heard and re-heard by untold kazillions every time a rerun comes on. For bringing back the art of a good theme song, The Rembrandts will go down as true artists.

The Aussie hip-hop star has scored a No. 1 song, “Fancy,” as lead artist, and a No. 2, “Problem,” as a featured artist (with Ariana Grande in the lead). Both hits came out this very year, so perhaps I’m being a bit premature to call Azalea a two-hit wonder. Chances are HUGE that she’ll be around for a long time and will come up with many more hits to add to her body of work. Then again, look at A-ha … 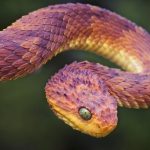 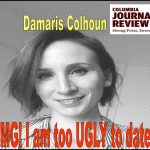